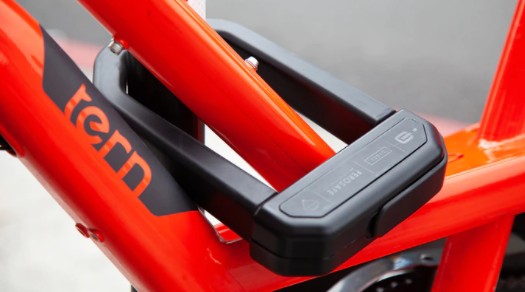 Now, this could be interesting. Unfortunately, bike theft has been on the rise in many parts of the world.  And it seems that up until now, few if any motorcycle lock manufacturers have been able to produce a lock capable of withstanding a prolonged attack of “the dreaded cordless angle grinder.”

Even with the most “hardened” locks, the inexpensive cordless angle grinder has been able to defeat most locks in very short order.  But perhaps that is about to change.

A company called Hiplok is demonstrating its new lock that it says can survive prolonged angle grinder attacks.  They say that the Hiplok D1000 lock is “…specially designed to disintegrate angle grinder cutting wheels.”

And if you can believe their video, their claim may be valid. For example, in one of their videos (seen below), you see four “D” locks cut open in about 30 seconds total.  And in an edited 10 minutes in the same video, you see the Hiplok withstand the angle grinder attack and “disintegrate” several of the grinding wheels into pretty much nothingness.

Hiplok has a Kickstarter page where you can sign up for a Hiplok lock when it reaches production. Hiplok’s current estimate is that production will begin in March 2022.   As this article is being written, Hiplok has exceeded its £20,000 (approximately $27,000) goal and has already reached £167,580 (roughly $228,135) in offered funding. Hiplok’s Kickstarter campaign closes at the end of October.

Note that the Hiplok D1000 is a bicycle lock. Therefore, it will likely not fit larger motorcycles.  However, on their Kickstarter page, there are a couple of pictures with the lock through the front wheel of one.

The Hiplok D1000 is shown in a motorcycle wheel. However, it will not easily allow a motorcycle to be locked to a secure fixed object at its current size.

Notwithstanding its present bicycle size, if the concept is sound, it’s reasonable to believe that Hiplok may enter the motorcycle market with a larger lock that can more readily accommodate motorcycles.

This article originally appeared on https://advrider.com/a-bike-lock-that-eats-angle-grinder-disks/