Across Time and Space 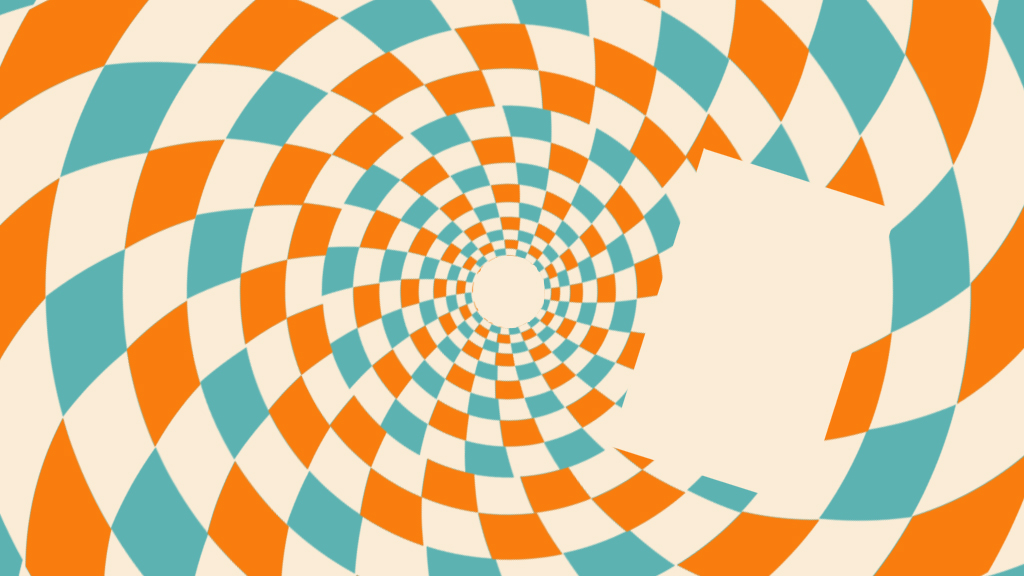 Hello Doctor Who fans, and welcome to our project page. We hope you like it . . .

Across Time and Space is a beautifully designed, 800-page paperback containing reviews of every televised Doctor Who story up to the present day. It is based on a blog called The Patient Centurion started by the writer Tony Cross in 2011, which now runs to over 200,000 words. The book includes an introduction from Doctor Who podcast host, Sunday Times bestselling author and all-round good guy Daniel Hardcastle. 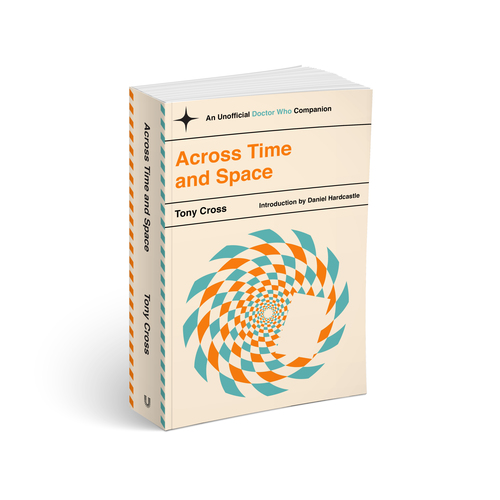 It is an unofficial book not in any way associated with the BBC – this is project by a fan for the fan community. We hope it will encourage some fans to follow Tony’s journey and start watching all 852 episodes in order.

After each review Tony has scored the story out of ten; there is also a space for readers to fill in their own scores. 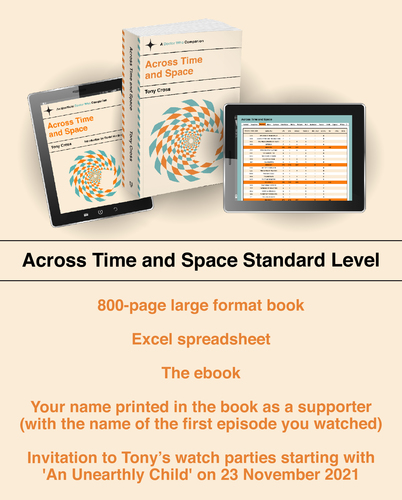 From Tony… ‘Across Time and Space is a journey through all of televised Doctor Who. It began as a blog. I had decided to watch all of Doctor Who in order. Watching them in broadcast order allowed you to get into the rhythm of each era. You got used to the difference in style and pace of 60s TV compared to 70s TV and so on. Stories I thought I didn’t like, I enjoyed immensely. Stories that were well-loved I sometimes struggled with. But I enjoyed all of them even when I didn’t think they were great stories. There was always something you could enjoy. Even if a story made no sense. So, I thought it would be good to turn that blog into a book. A companion to Doctor Who.

It’s not meant to be the final say on anything. They’re my opinions. But I wanted something that might encourage others to take up the journey. To dip back into the William Hartnell era. Or find out why Sylvester McCoy is hard done by. It’s why there’s a spreadsheet with the book: you too can map your progress, if you’re that way inclined.

And I don’t expect people to agree with my opinions. Indeed, I’d be disappointed if you did. You can use this as a guide or read the blogs once you’ve watched the story and curse my foolishness or praise my perspicacity. You can mock my attempts to compare stories to Shakespeare plays. You can see through my blatant nostalgic love for Tom Baker and (almost) all his works.

This is a book I want you to interact with. And if I can persuade anyone to love “The Web Planet” as much as I do then I think my work will be done.’

Who has designed the cover?

Will it differ from the blog?

Tony’s blogs were written straight after watching the episodes – he will re-edit and tidy them all up. They will also be professionally copyedited and proofread.

How has Tony scored each episode?

From Tony… ‘Every story starts off as a 5. That’s the bog-standard score. Then points are added and deducted based on how much fun I find it and whether there’s anything that annoys me about a story. Being boring is the cardinal sin. If a story is entertainingly rubbish it will probably have got a higher score than one that is solid but boring.’

How has he managed to review the lost episodes?

From Tony… ‘I’ve watched through the Hartnell and Troughton eras twice. The first time around I listened to the audio only. Every Doctor Who story – by some miracle – exists on audio even if the video is missing. The second time around I used reconstructions, which are where fans have combined surviving footage, Telesnaps and audio to produce something that works as a visual. Plus the BBC have been releasing animated versions of some lost stories so where those are available I’ve watched them.

I suspect in a few years they’ll have animated every missing episode. Also, two stories – The Web of Fear and The Enemy of the World – were rediscovered (minus one episode) in between my first watch and second as well as a couple of orphan episodes.’ 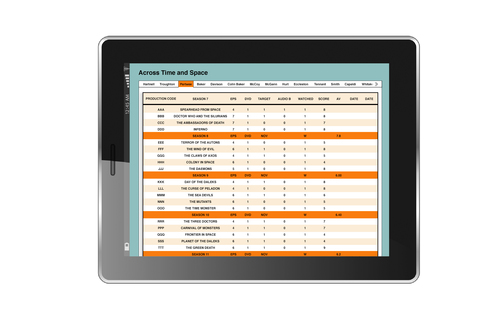 From Tony, ‘I have a habit of creating Excel spreadsheets for everything. They also have a habit of expanding. I believe the phrase is “mission creep”. This spreadsheet started off simply as a way for me to track what I owned and what I was missing on DVD. So, it was just: Production Codes, Story Title, Number of Episodes and What Existed in the Archive. I then added extra columns. Then when I started my journey through Doctor Who I added the boxes where I could put the date I last watched the episode. That way I could keep track of where I was.

Then I started re-buying the Target books, the Virgin New Adventures, etc., and I wanted to track what I was missing so that if I stumbled across something in a second-hand bookshop I could make sure I didn’t duplicate it. It is now a spreadsheet that allows you to do two main things: map your journey through the Whoniverse and keep track of what you own. Or what you don’t own.

It’s not perfect; I’m sure there are errors. It always needs updating because there are new releases from Big Finish, new animations of lost episodes and – very, very occasionally – a missing episode returns to the archive.’

The images give you an idea of the scope of the spreadsheet but it is still being re-worked, it will also come with comprehensive instructions about how to use it.

This article originally appeared on https://unbound.com/books/time-and-space/