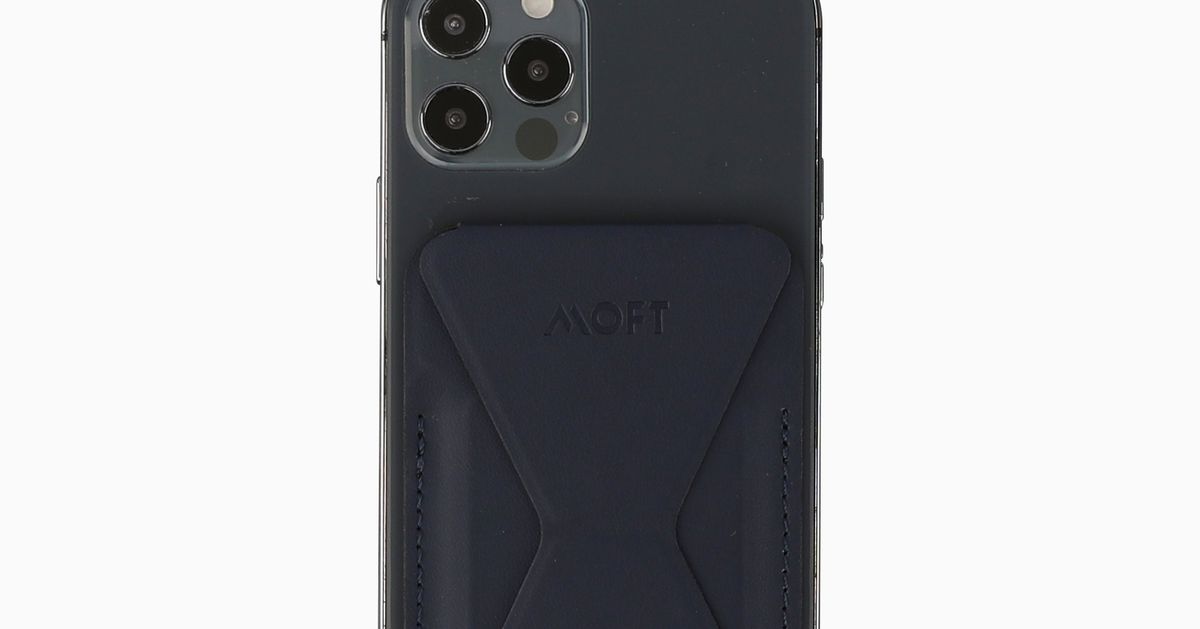 MOFT is a company that’s made iPhone accessories in the past, and it’s now releasing a competitor to Apple’s $50 MagSafe wallet. MOFT’s version, which goes on sale today, costs only $30 and holds three cards like Apple’s, but it also has a built-in kickstand. The stand lets users keep their phone upright in portrait, landscape, or what the company is calling “float mode”, which you can see in the image below. It’s made of vegan leather, as opposed to Apple’s “European leather”, which makes it an option for people who don’t want to use animal-based products.

This new accessory seems to be a tweaked version of MOFT’s existing X Phone stand, except now it’s using the iPhone 12’s MagSafe system to attach to the phone instead of adhesive. This means you’ll be able to take it on and off whenever you want, without having to worry about wearing out glue. The company even touts that you can make a wallet-MagSafe charger-iPhone sandwich to prop up your phone while charging.

You can use the wallet as a stand while charging your phone with the MagSafe charger. GIF: MOFT

It also has magnets on both sides, meaning that you could also stick it to any magnetic metal surface (though if you want to stick it to a non-magnetic surface, MOFT will happily sell you their magnetic sticky pads for $10, or include one with the case for an extra $5). This is something I’ve already found myself doing. For example, I’ve stuck my phone to the fridge while trying to talk to someone and cook at the same time (though I’d hope the MOFT case would stick better, as my phone slowly drops the longer I leave it on there). 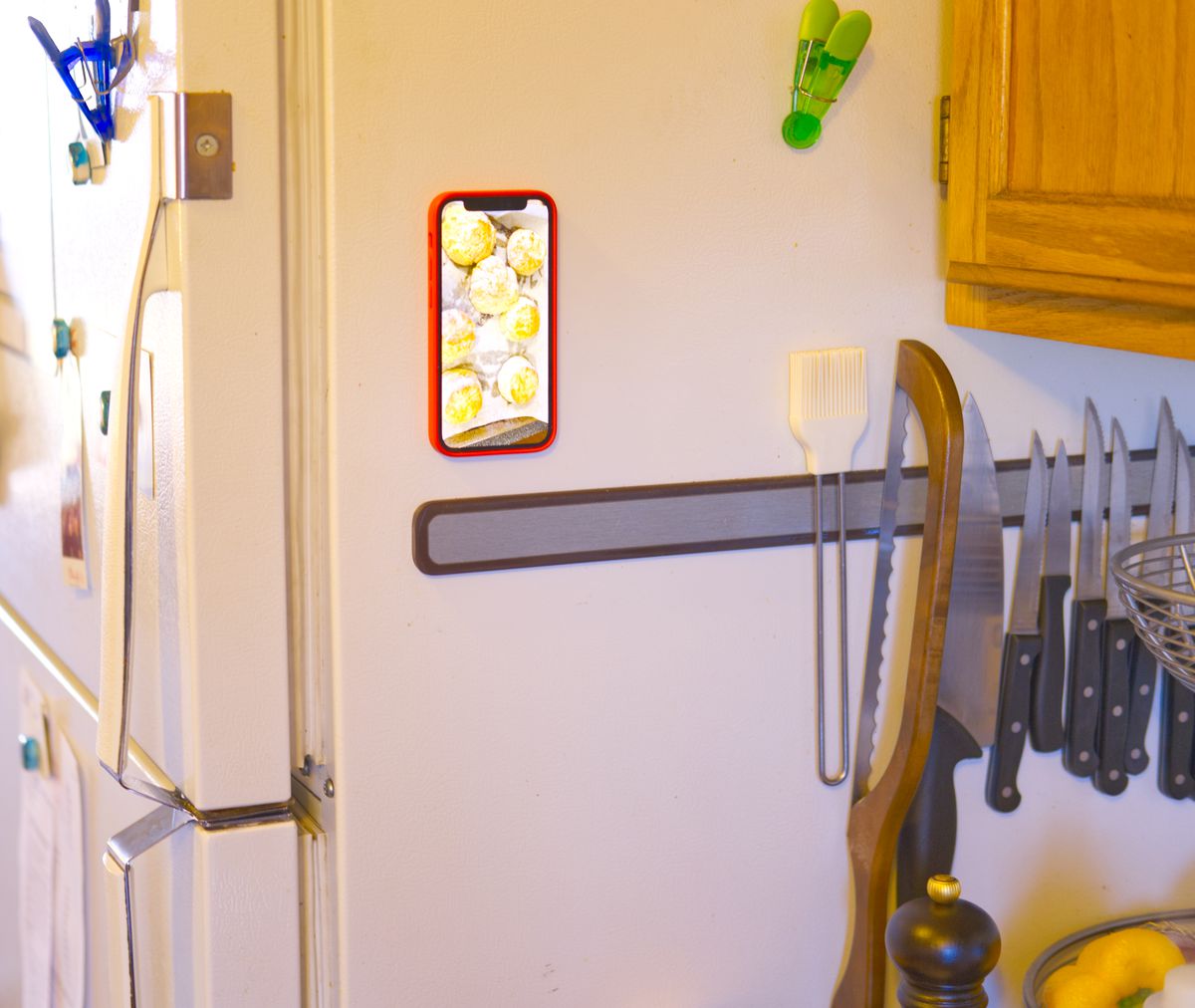 Technically this is something you can do with Apple’s MagSafe case, but it’s a bit perilous. Photo by Mitchell Clark/The Verge

The combo wallet/stand is one of the few MagSafe-compatible accessories that have hit the market since Apple announced the iPhone 12 in mid-October, which seems curious as these products should be reasonably easy to make: you take your product and add magnets (oh, and probably some shielding if it’s a wallet). As the owner of a MagSafe-compatible phone, though, this isn’t the wallet for me. I’m just not able to squeeze down to only three cards. You may also want to check out the Amazon reviews of MOFT’s existing case to see if the number of users reporting build-quality issues concerns you.

If you’re looking for something that does even more than the Moft accessory, the Peak Design case/accessory system that’s currently being crowdfunded may be worth a peak look (though it’s a much higher buy-in price than the MOFT). Whether you decide to wait for that, go with MOFT’s or Apple’s offerings, or do something else entirely, we probably agree that the introduction of magnets has made the future of the accessories for iPhones pretty interesting (as long as companies continue to come out with products).

This article originally appeared on https://www.theverge.com/2020/12/10/22151212/magsafe-wallet-iphone-accessory-moft