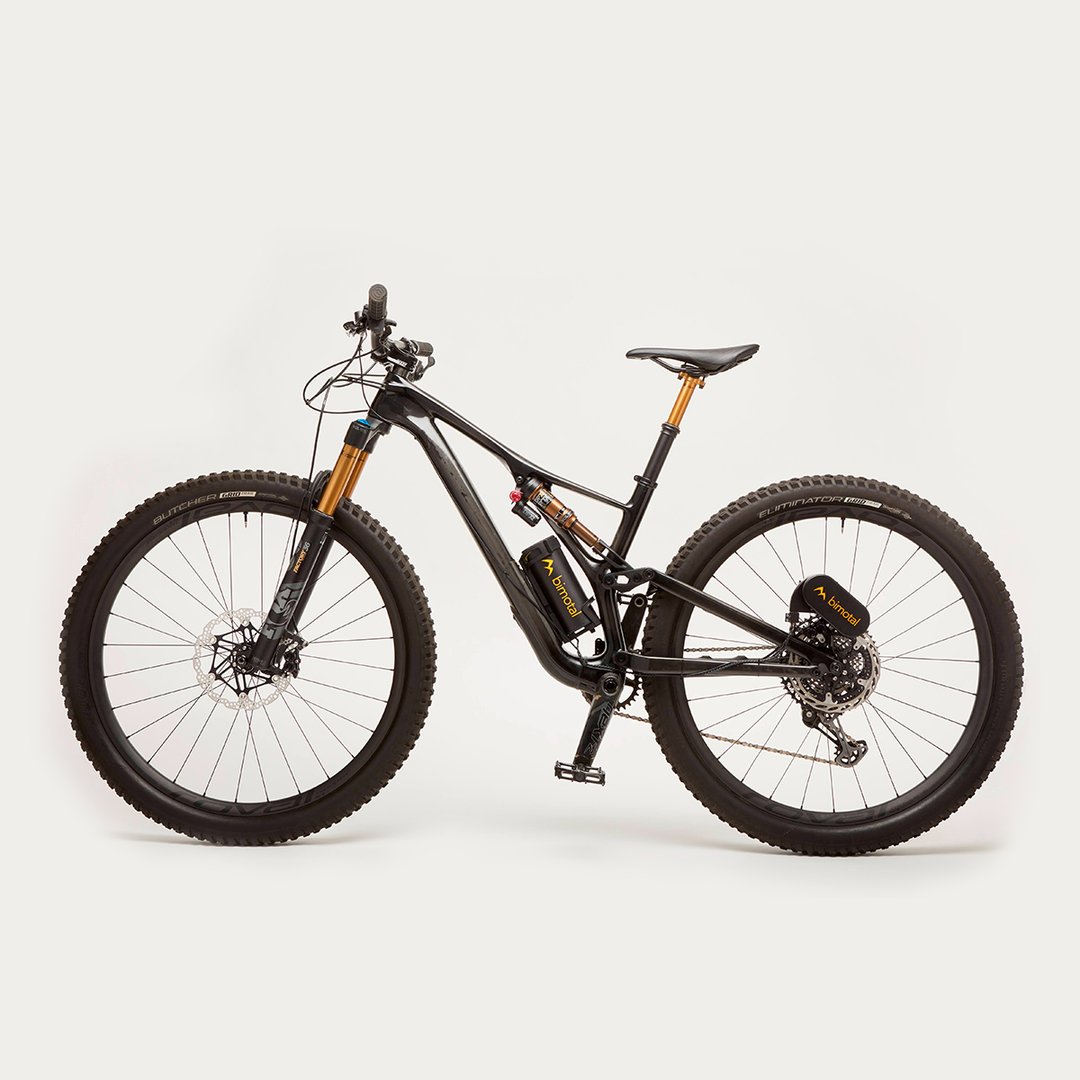 MONTEREY, Calif. (BRAIN) — There was a buzz around the Bimotal booth last Thursday at the Sea Otter Classic, and it wasn’t just coming from the revving of converted e-bikes on stands.

The Elevate is a removable thumb-operated e-bike drivetrain with a motor that snaps into place above a mountain bike’s rear disc brake mount. The motor meshes with a gear attached behind the rotor. It produces 750 watts, fueled by a bottle-sized 250Wh battery. The kit weighs about 6 pounds, and pedal-assist is in development.

“The thing I’ve heard the most is that it’s totally new, totally unique,” Bimotal founder Toby Ricco said of his booth’s crowds. “No one has seen this, no one has heard of us. It’s a different approach, and that’s what we’re excited about. It gives you that assist of an e-bike but you get to keep your existing bike. You’ve seen add-on kits before, but you haven’t seen one like this.”

The $1,950 Elevate includes professional installation by Velofix or local bike shop and delivery. “We’re approaching it by trying to build the best e-bike, not the best add-on,” Ricco said.

He said the goal of attending Sea Otter this year was to showcase the engineering that went into the Elevate’s development.

“We’ve gotten numerous pre-orders. They’re coming in almost weekly. Our objective here is we want to show people this is here. It’s not a Kickstarter that doesn’t materialize. This is real hardware, a real engineering team. That’s our No. 1 goal here. The secondary goal is to start networking with other companies.”

Ricco founded Bimotal in July 2019 after working at Tesla in power electronics. He said he invested a substantial amount of his own money and also was helped from about $800,000 from friends and family.

Ricco said Bimotal is close to finalizing a seed investment round “that’s going to take us to the next level. We’ll be able to double our engineers.”

Bimotal employs six people currently, with about five contractors. With the additional investment in the works, Ricco said Bimotal will be hiring additional electrical and software engineers.

This article originally appeared on https://www.bicycleretailer.com/industry-news/2021/10/13/bimotal-e-bike-kit-raises-bar-conversion-market