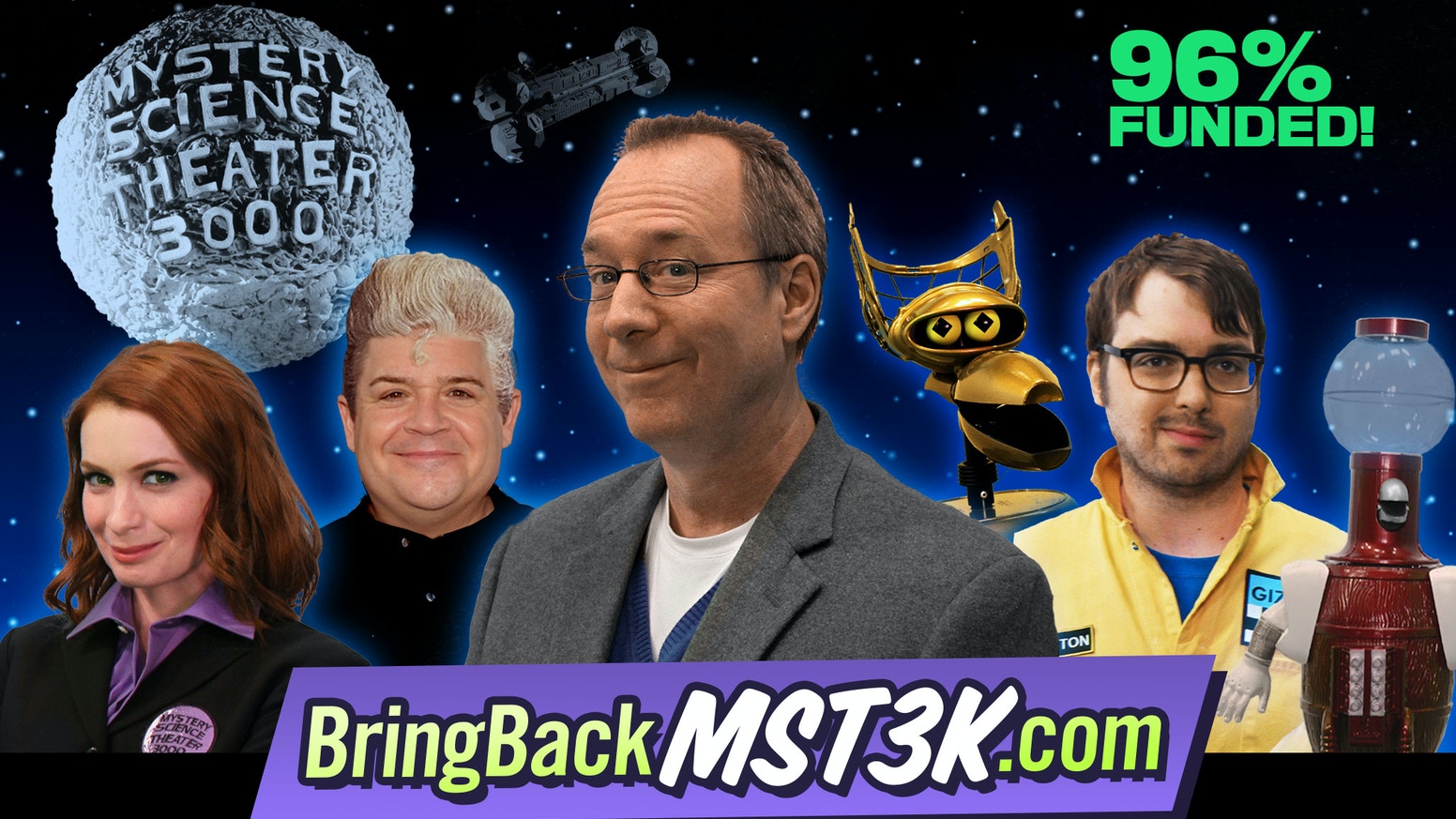 This is it: the end of the road. No mortal man (or woman) should have this much power, but for one or two generous patrons, we’ll name you an EXECUTIVE PRODUCER for the ENTIRE NEW SEASON*.

As soon as the campaign ends, Joel will CALL TO THANK YOU and tell you a little bit more about what we have planned. Next summer, you’ll bring a guest and fly out to Los Angeles to visit the set**, where you’ll sit in your own PERSONALIZED DIRECTOR’S CHAIR while you watch us shoot an episode. We’ll list you as an EXECUTIVE PRODUCER in the EPISODE CREDITS all season long, on IMDB and on the OFFICIAL POSTER that everyone gets. Plus, you’ll get a VIP SET TOUR, lunch with the cast, and more high-powered executive perks.

We’ll even throw in four VIP PREMIERE TICKETS for Los Angeles or NYC, where you’ll join your underlings for the debut of the new MST3K pilot episode. Then, you’ll hang out with the cast and creators at the private after-party, where you can shake your moneymaker to earn back what you spent helping us make the season. It’ll be nuts, man.

Please note that this package actually costs $25,000 USD (+ SHIPPING), which is more than the maximum that Kickstarter allows us to collect. If you claim this reward, we’ll follow up with you ASAP to arrange for the rest of the pledge.

*We’ll give you the credit and an awesome experience on set. You won’t actually be responsible for doing work. That wouldn’t be much of a reward. See FAQ for more details. **Travel and accommodations not included.

This article originally appeared on https://www.kickstarter.com/projects/mst3k/bringbackmst3k