CyberPowerPC gives us a glimpse into the future with this 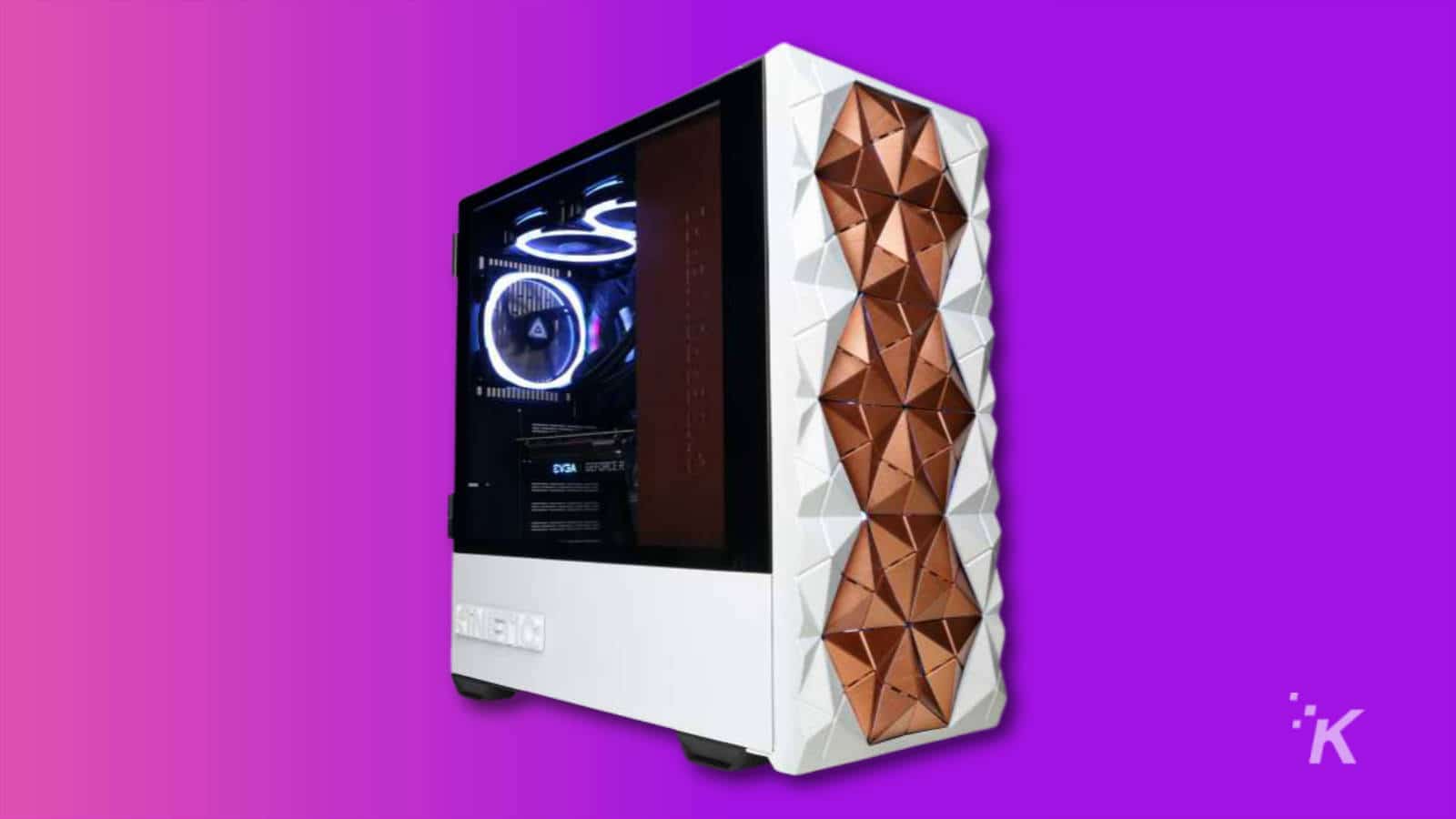 CES is an opportunity every year for tech companies to show off the latest and greatest technologies that they’re working on. CyberPowerPC took advantage of the opportunity this year. The company gave us a look at this futuristic PC case with breathing front vents designed to optimize airflow.

The new Kinetic Series PC case features 18 mechanical vents on the front. The vents open and close to help regulate the temperature of your gaming PC.

The case works by taking occasional readings from inside of your PC. If you are just browsing the web or binging the latest Netflix series, then your PC probably won’t be too hot and the vents will stay closed.

As soon as you start ramping up your productivity or getting into a resource-heavy game, things start to change. The vents on the CyberPowerPC Kinetic Series case will start opening up to allow for more airflow.

We haven’t really seen any kind of PC case like this. CyberPowerPC took their inspiration for this case from buildings like the Al Bahar Towers in Abu Dhabi. The towers feature a responsive facade. It adjusts to deflect as much heat as possible as the sun moves across the sky.

This does seem a little over the top for a PC case. But there are a lot of gamers who feel that a cool-looking PC is almost as important as how well the PC performs.

And the vents are actually functional. A spokesperson told PCWorld that the case is all about “intelligent airflow,” meaning that the case will optimize itself based on internal temperatures.

CyberPowerPC said it has been working on the design of this case for about six months now. It plans on launching the case in the third quarter of 2022 at a retail price of around $250.

That is a little steep for a PC case. But I feel pretty certain that there is a market for futuristic designs like this one in the PC gaming world.

Have any thoughts on this? Let us know down below in the comments or carry the discussion over to our Twitter or Facebook.

This article originally appeared on https://knowtechie.com/cyberpowerpc-gives-us-a-glimpse-into-the-future-with-this-breathing-pc-case/