Guitar pedal that sounds like farts launches on Kickstarter, raises 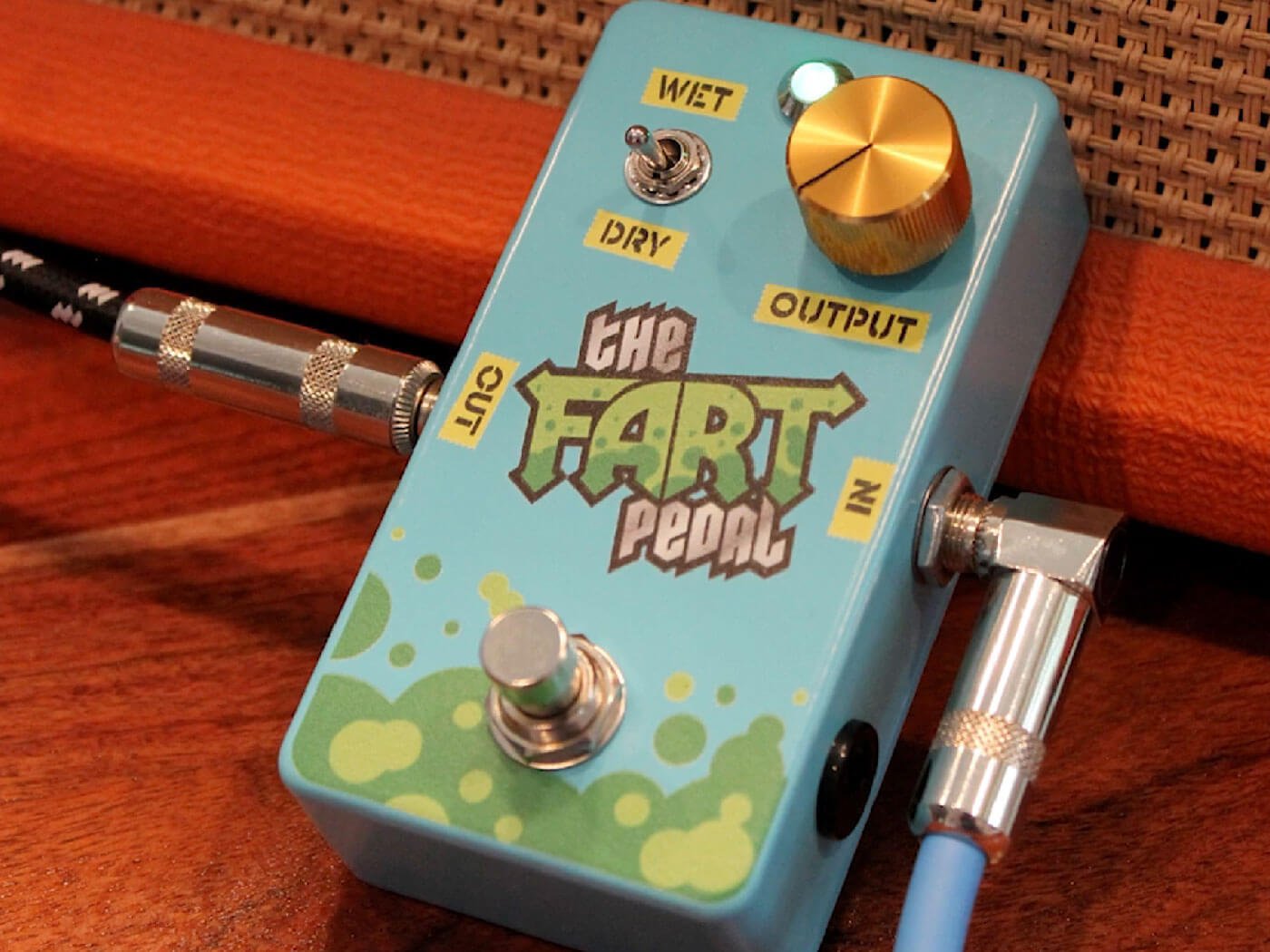 Why are we here? Can we find meaning in our short time on this earth before we return to the abyss? Does anything we do matter? These are just some of the questions the existence of The Fart Pedal doesn’t answer. In fact, the only question The Fart Pedal really answers is, “what would my guitar sound like if instead of a guitar, it was farts?”

Helmed by “serial silly projects guy” Steve Gadlin (previously known for trying to sell the public 1,000 racoon penis bones), The Fart Pedal has been putting the GAS into Gear Acquisition Syndrome with its launch on Kickstarter, and so far has raised £11,000 of its £22,297 goal. Given the 26 days left on the campaign, it is on track to reach its target.

“Whether it’s to achieve classic distortion, chorus, wah, or phaser noises, most guitarists plug into a variety of pedals to produce their signature sound,” the Kickstarter page reads. “Now you can lace your signature sound with some truly epic farts.”

Operation is simple. When engaged, the pedal replaces the incoming signal with samples of farts. There’s an output knob, which controls the gas’ (audio) volume. Next to this is a toggle to choose between “wet” or “dry” modes. This toggle switch has the added feature of invoking a creeping sense of dread in someone as they realise what “wet” and “dry” mean in this context.

The farts on offer aren’t just any farts, either. Gadlin writes: “I worked with an award-winning sound design company in Chicago to develop bespoke, custom fart noises, for which I hold the exclusive license. These fart noises have been tailored specifically for a guitar amplifier, and tuned for exceptional live or studio performance.”

The pedal’s potential uses are limitless. If you want to give a guitarist a prank gift, The Fart Pedal has you covered, including a number of alternative decals in its package. The pedal will also stack wonderfully, as long as it’s first in your chain. No one will forget the gig where they heard a gigantic fart noise played through a 100-watt amp with high-gain fuzz, delay and reverb. No matter how hard they try.

To get your hands on a Fart Pedal, you can donate $165 or more to the unit’s Kickstarter page. Shipping is estimated in December 2021. Find out more about Gadlin at his website, fart.pizza.

This article originally appeared on https://guitar.com/news/gear-news/the-fart-pedal-launches/