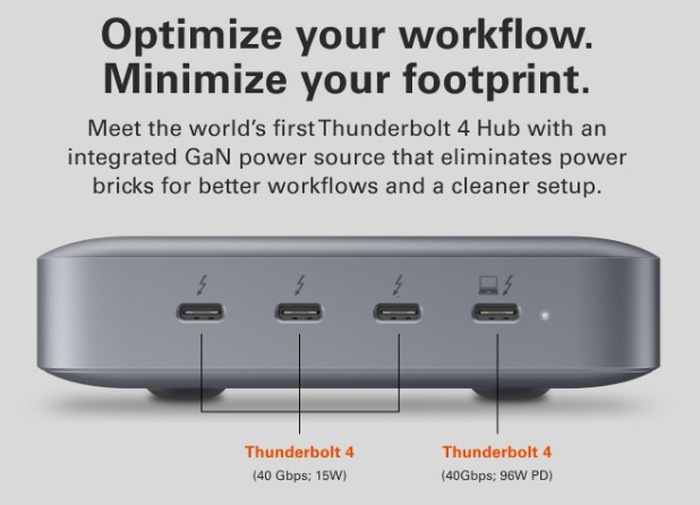 HyperDrive has returned to Kickstarter this month to launch its new Thunderbolt 4 Power Hub offering the world’s first Goshen Ridge Thunderbolt 4 hub with an integrated GaN power source. HyperDrive works with Thunderbolt 3 devices, Thunderbolt 4 devices, USB4 devices and USB-C devices and is capable of transfer speeds up to 40Gbps and 32Gbps via PCIe. Full specifications include :

Up to 2 Extended Monitors Specially priced early bird pledges are now available for the project from roughly $179 or £147 (depending on current exchange rates), offering a considerable discount of approximately 40% off the final retail price, while the Kickstarter crowd funding is under way.

For a complete list of all available pledges, stretch goals, extra media and full specifications for the power hub, jump over to the official HyperDrive Thunderbolt 4 crowd funding campaign page by clicking the link below.

This article originally appeared on https://www.geeky-gadgets.com/hyperdrive-thunderbolt-4-power-hub-02-08-2022/