IKEA SJÖMÄRKE is possibly the coolest wireless charger with its 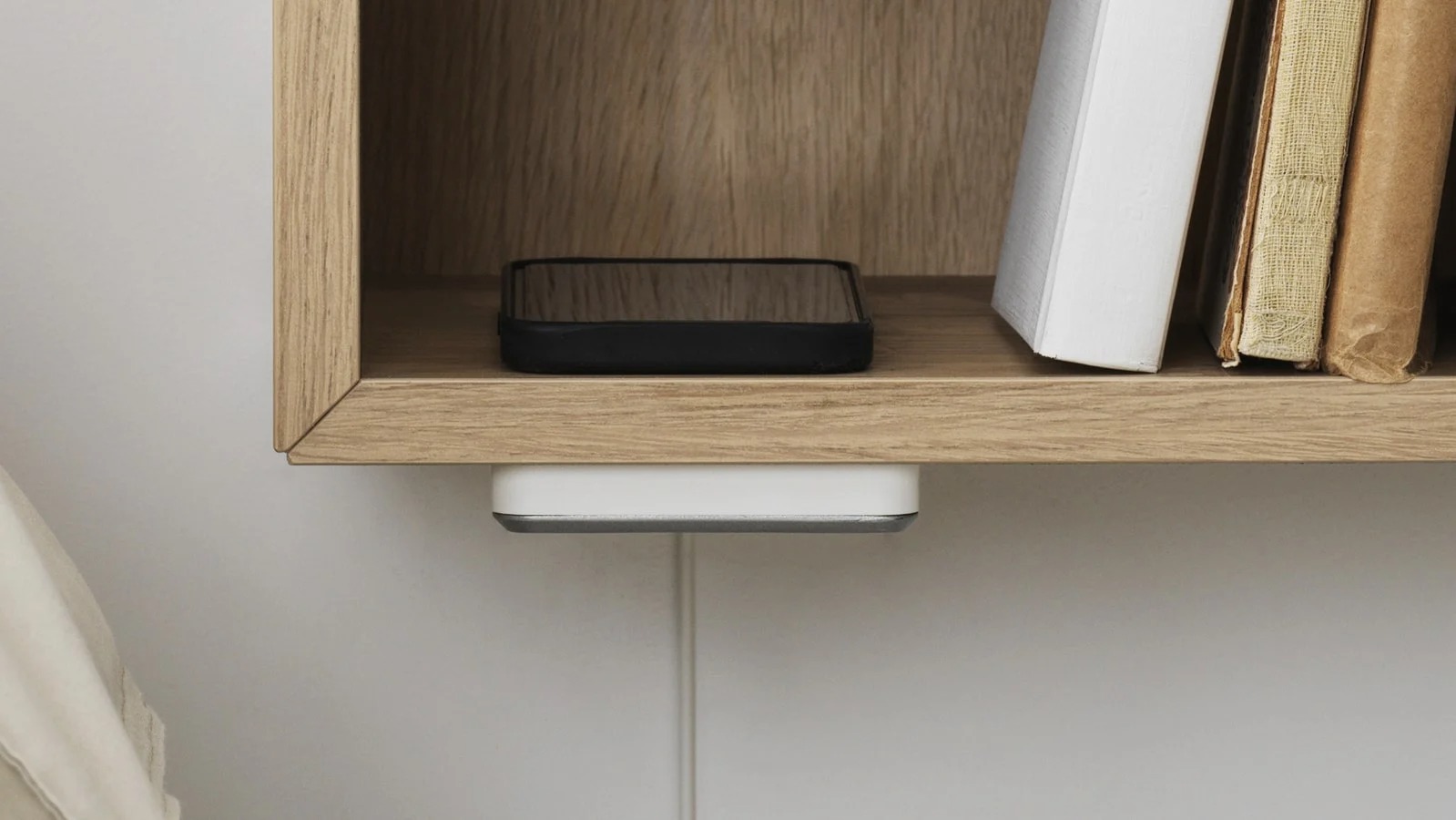 Limited on desk space? Don’t want to clutter your minimalist setup? No worries. IKEA’s SJÖMÄRKE wireless charger is exactly what you’re looking for. It mounts beneath surfaces and can charge through, keeping your surface area free and clear. Read on to learn more about this super cool gadget.

These days most phones are capable of wireless charging. It’s a majorly convenient feature that inspires a wide range of different charging gadgets. While wireless chargers are a fantastic way to power your phone or device, they can sometimes come with a few drawbacks. Perhaps they take up precious space on your desk or nightstand. Maybe they aren’t powerful enough to get through that heavy-duty phone case. That’s where the new IKEA SJÖMÄRKE wireless charger comes in handy. Let’s check it out! 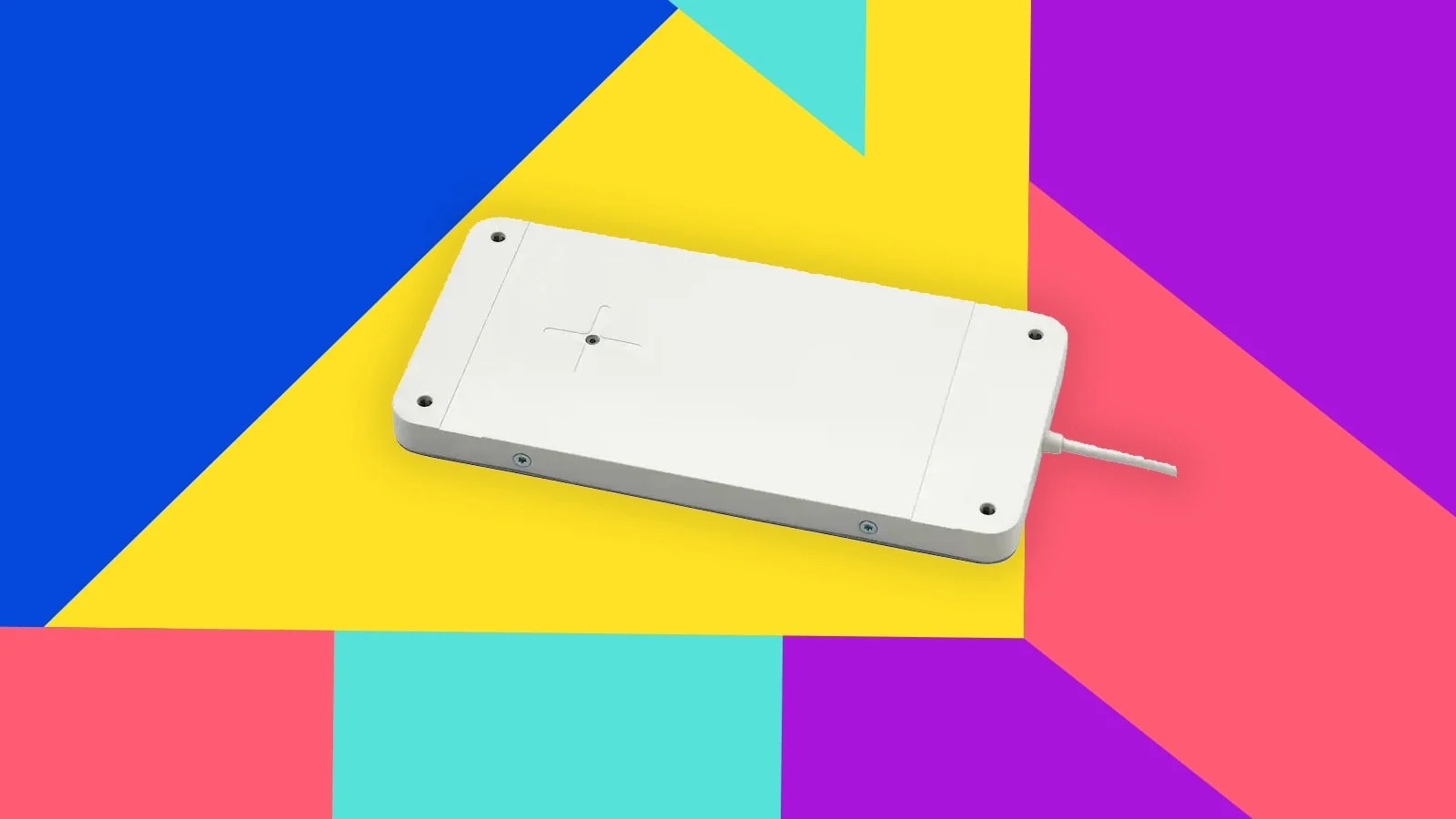 The SJÖMÄRKE can mount directly beneath surfaces

Mounts below surfaces completely out of sight

Whether you have limited surface space on your desk or end table, or you have plenty but want to keep things minimal, IKEA’s SJÖMÄRKE wireless charger is the perfect fit for your setup. The charger can mount beneath a surface allowing you to charge through to the device on the other side. This means, if you place your device (like a smartphone) on the surface above the mounted charger, it can power it up without any interference.

The SJÖMÄRKE can charge through any material 3/8″–7/8″ in thickness. The only exception, however, is metal. So, if you intended to charge through that Captain America shield replica, it may be less effective.

Another benefit to hiding this new wireless charger is that it lets you keep the wire out of sight as well. When there are likely already enough wires running from computers, lamps, and other devices, it’s nice to be able to keep it tucked away. Minimalists, especially, can rejoice.

It’s not all that shocking now to see companies skimping on charging cords and boxes. For example, Apple and Google have both started reducing the charging equipment and headphones that they include with phone purchases. That said, we’re used to seeing wireless charging stations come with shorter cords that are often only 3 feet in length.

Well, thankfully, IKEA ships a 6-foot charging cord with its SJÖMÄRKE wireless charger. This way, you’ll have an easier time finding the perfect spot to mount it where you want it. It may sound like a small thing to go on about, but sometimes it’s the little things that make the biggest difference. 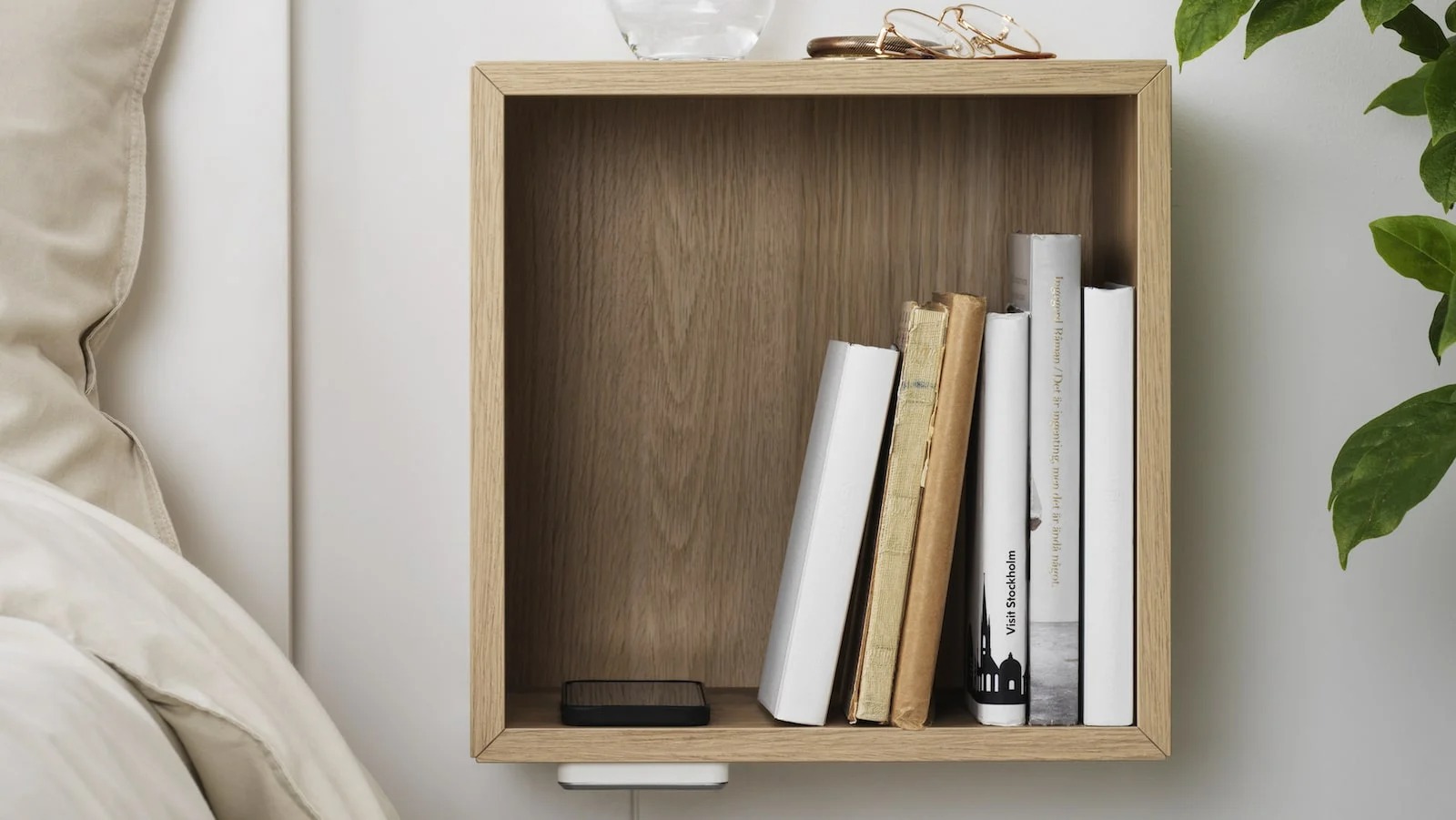 SJÖMÄRKE charger works through almost an inch of wood

The IKEA SJÖMÄRKE is a unique gadget that’s totally worth checking out. There are plenty of wireless chargers out there, but not many that mount so simply. Especially not with such a low profile. Not only that, but there aren’t too many—if any at all—that can charge through almost an entire inch of wood. It certainly adds a valuable option for those configuring their work or living space who want to keep things clean and simple. Leave it to IKEA to come up with a space-saving design.

The IKEA SJÖMÄRKE wireless charger is currently sold out but can be purchased from the official website for $39.99.

Mark is a writer and podcaster who loves technology. When not writing for Gadget Flow, he enjoys passionately working on storytelling projects and exploring the outdoors.

This article originally appeared on https://thegadgetflow.com/blog/ikea-sjomarke-is-possibly-the-coolest-wireless-charger-with-its-6-foot-cable/