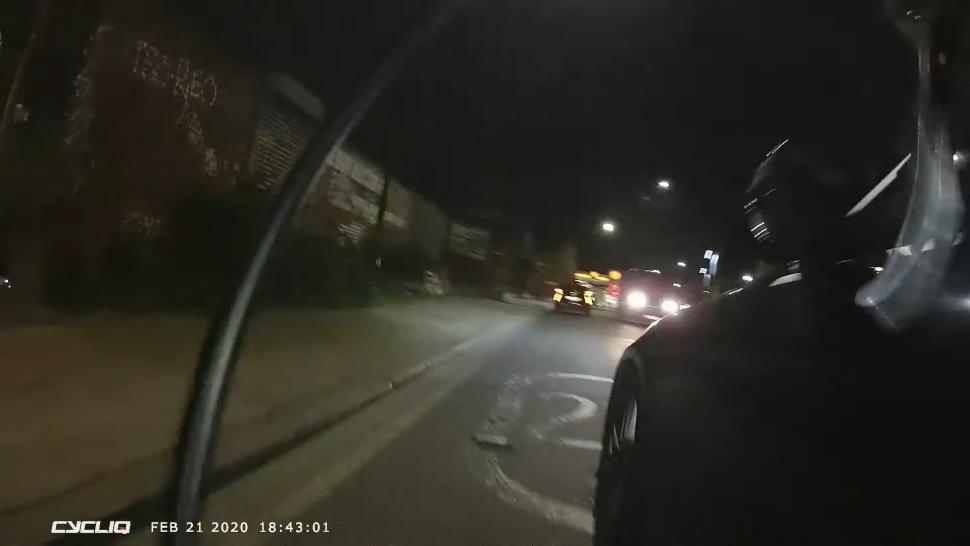 But listen, the driver and car were apparently PAST the cyclist when he knocked on the side window…
I guess it was Mr Tickle riding then

Right, let’s kick off the afternoon with some reaction to our big story of the day…THAT video of a motorist colliding with a cyclist before making some questionable claims in the argument that followed…

Stuart Spencer said the Merc driver’s logic is the perfect example of “the sense of entitlement that has invaded so much of society today.”

On Facebook, Jackie Fraser said she had experienced something similar…”I once had a driver complete a high speed u turn into me, and then berate me about his paintwork.”

Seems a decent time to pull up this exchange between the driver and cyclist in the clip…”Bro, that’s my property…”…”Yeah, this is my life…”

Liam Pike commented: “He knows he is too close and just wants to have a pop at the cyclists. You don’t rush a overtake like that and spend six mins arguing about.”

Plenty of discussion under the live blog too…

BigE said: “Surely if driver gives 1.5m as in Highway Code cyclist would not be able to touch the car!”

Mungecrundle added: “Mercedes Man – The old ‘It’s your own fault, you forced me to overtake when it was dangerous to do so’ routine. I’m not sure if this is some sort of Vulcan mind link thing that cyclists use to force bad driving or some sort of remote control over vehicle steering and speed functions.”

And one final thought from wycombe wheeler, “I’d hate to be a delivery driver if people react like this to people knocking on their doors. Or is it just car doors that are super sensitive?”

This article originally appeared on https://road.cc/content/news/cycling-live-blog-29-november-2021-288205