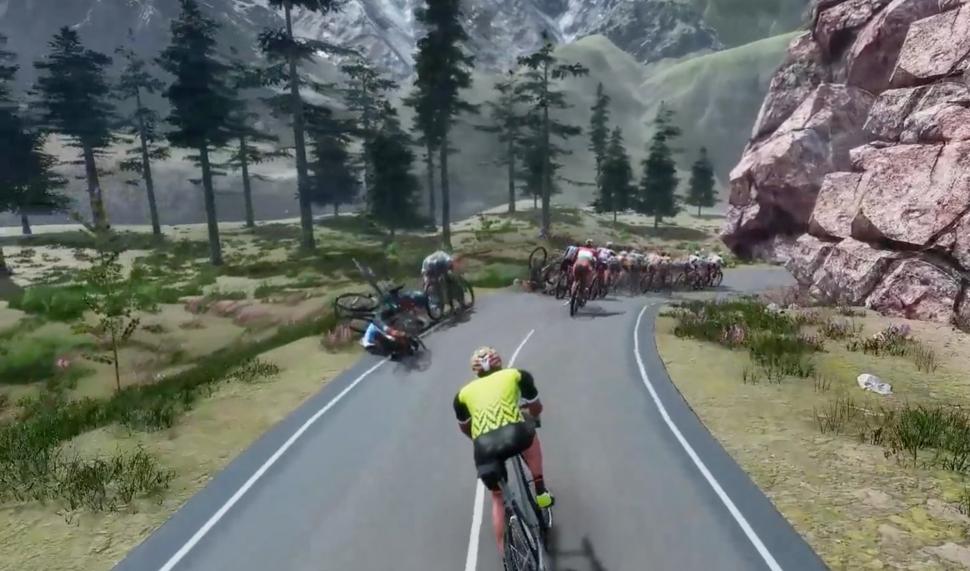 Online cycling fitness game CADEsport, which looks like it could be an alternative to Zwift, is looking for funding on Kickstarter ahead of a planned release very soon.

CADEsport has been developed by Cycligent, the company that brought us Zwift-based CVR virtual racing a few years ago.

Cycligent describes CADEsport as “the latest, fairest, and most inclusive virtual cycling experience on the planet.”

“CADEsport is different [from anything else out there] because of our innovative physical equalisation system which allows players of varied physical strengths to play together equally in a virtual environment,” says Cycligent’s Vanessa Mauerhan. 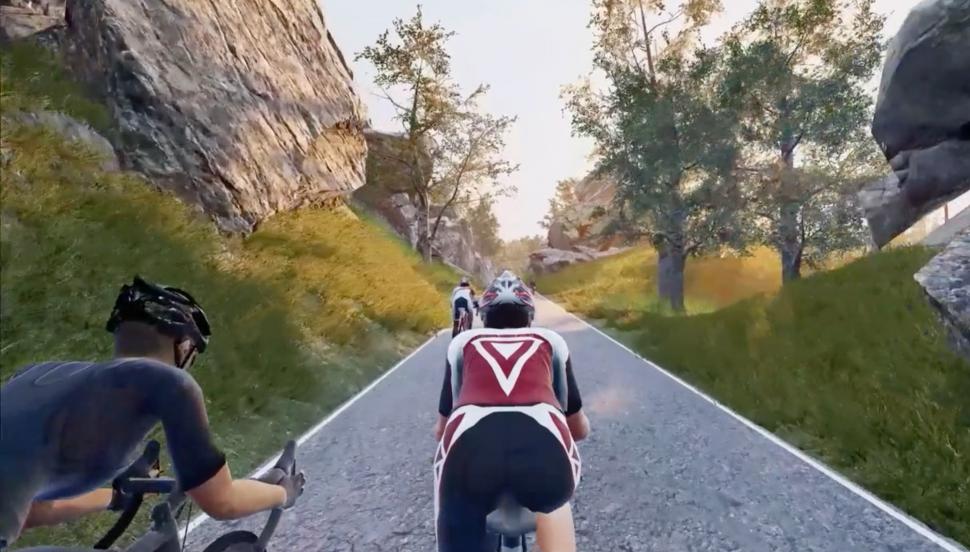 “CADEsport also has real-world physics, including steering, braking, drafting, and crashing. Our users can select their bike and components for each activity down to the air pressure in their tyres, so they have the optimal rolling resistance and grip for the activity they are doing.”

The virtual cycling platform has been several years in development and is almost ready for release.

> Check out our Zwift review

Cycligent says, “CADEsport allows people of all abilities to ride, race, and work out together without separating them into categories, entering their weight, or worrying about trainer or power meter accuracy. 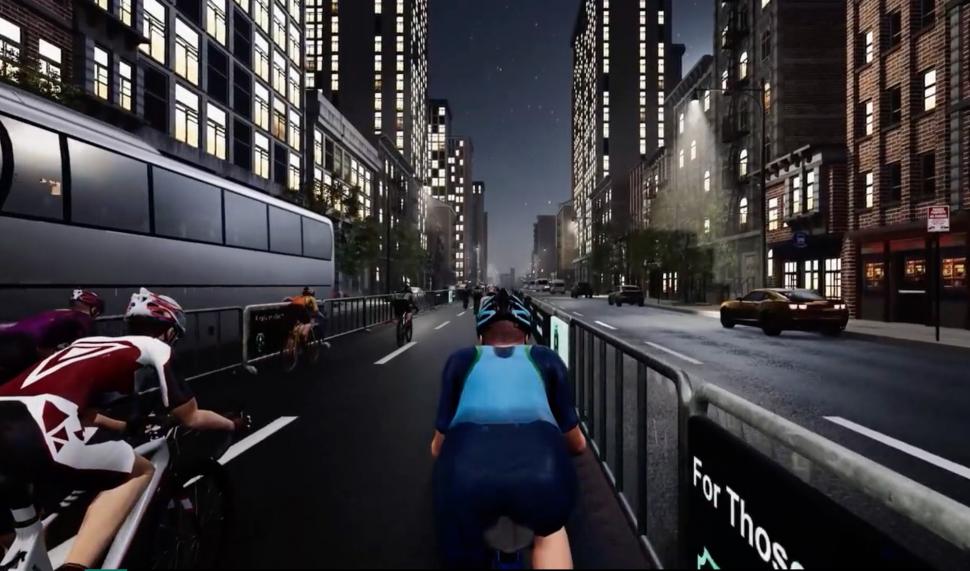 “CADEsport achieves this through its proprietary Pro Power system, which adjusts everyone’s power to that of a pro cyclist.”

How does that work?

“Pro Power is based on the last 30 days of an individual’s physical effort,” says Vanessa Mauerhan. “As a user’s performance changes over time, Pro Power changes with them. For example, if their fitness or power increases or decreases due to illness, Pro Power will also adjust.”

Pro Power is one of three different modes:

As Vanessa Mauerhan mentioned, CADEsport allows you to steer around other rides, take the best line around corners, and brake. If you get it wrong or hit an obstacle, you’ll crash. 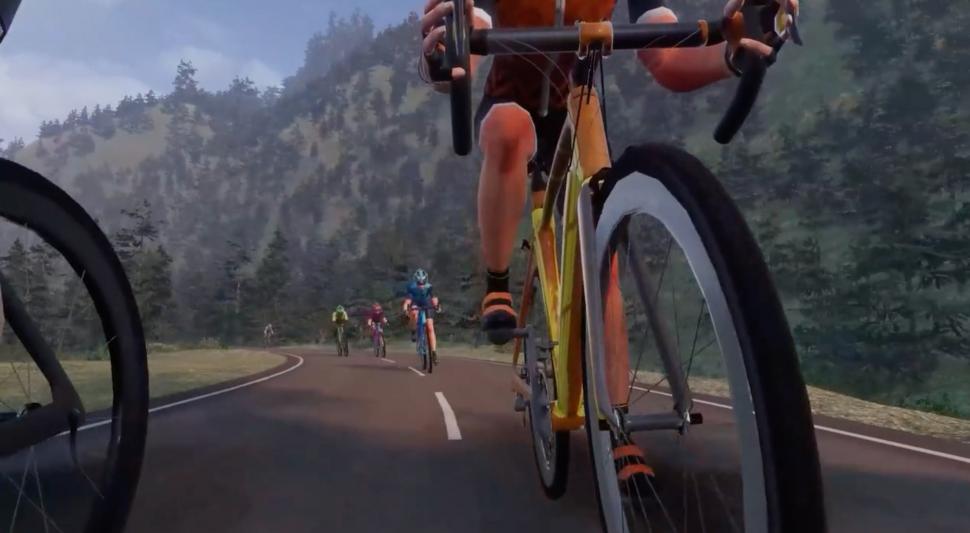 You can also choose your position in a group and draft other players to save energy and you can configure your bike for the best grip and rolling resistance on the surface you’re riding. CADEsport also offers built-in audio that allows you to talk with your teammates and friends

In terms of fitness, the Workout Wizard function is designed to offer tailored training programmes. These plans were created by Hunter Allen and Peaks Coaching Group.

> What is FTP? 7 key facts to learn about functional threshold power, a major training metric

You can also design your own activities – whether that’s a fun ride, a competitive ride, or a workout – and then check out your ride history, including your power zone distribution, heart rate, and other activity stats. 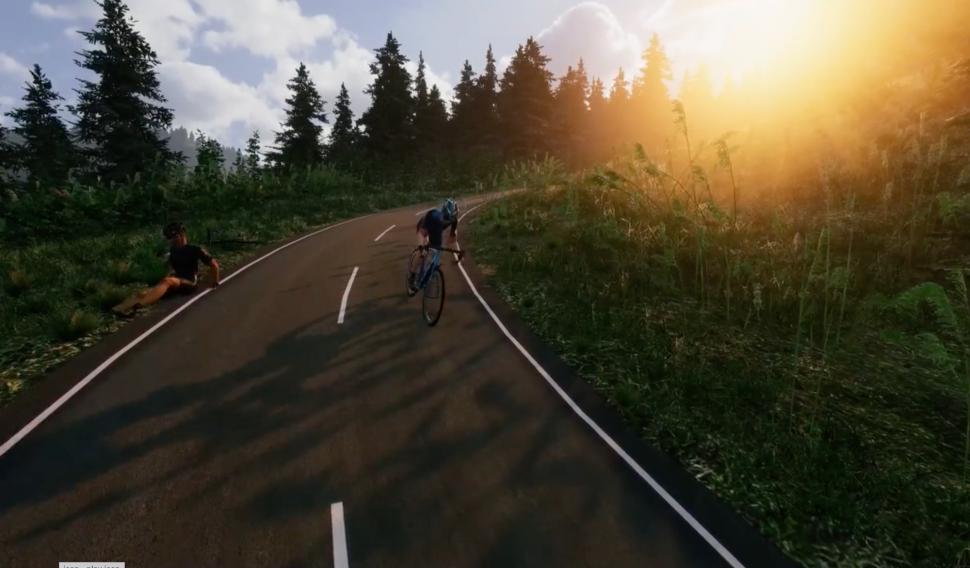 You can get loads more info on CADEsport here.

This article originally appeared on https://road.cc/content/tech-news/virtual-cycling-platform-cadesport-close-release-295083