Never lose your keys again! Trakkies warn you if you 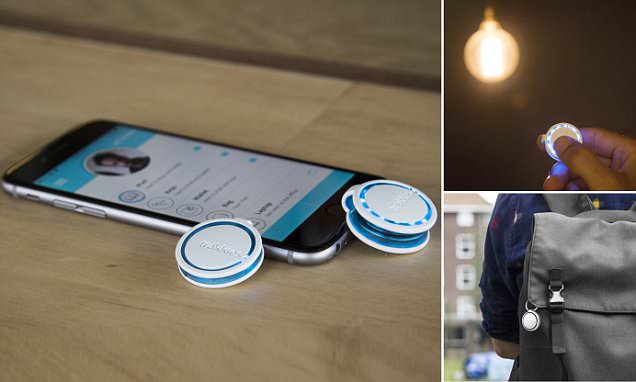 We’ve all been there. You’re in the queue to pay for something when you suddenly realise you’ve left your purse or wallet at home.

Now a new coin-sized gadget could ensure you never forget – or lose – your money, keys or even your bag ever again.

Called ‘Trakkies’, the tiny circular tags can be attached to anything to alert a user if they have forgotten to pick up an item.

The devices can also be used with a smartphone app, which then gives precise directions to where the item can be found.

Scroll down for video 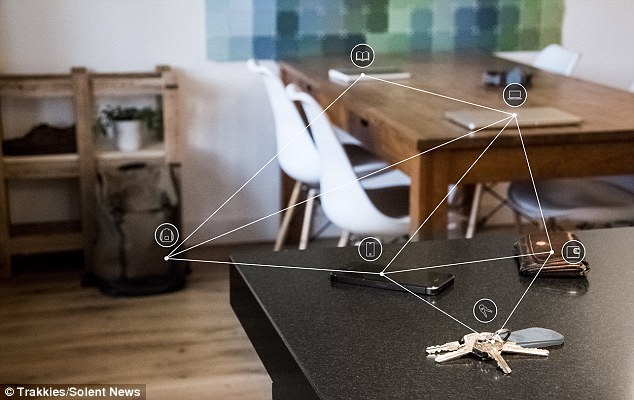 Alert: Trakkies can be attached to anything that you are prone to forgetting. The devices sense movement and ‘communicate’ with each other to work out whether you are about to leave by the items behind

Trakkies sense movement and ‘communicate’ with each other via Bluetooth to determine whether a person is about to leave an area without essential items.

If you are about to leave something behind, the Trakkie will flash and make noises, before you leave the house.

Victor Wierda, head of operations at Trakkies, said: ‘Trakkies talk to each other about location and movement – the system wakes up when you start picking up your things.

‘When you forget something, the system notices [the item’s] lack of movement and that the relative location to the other Trakkies is wrong. 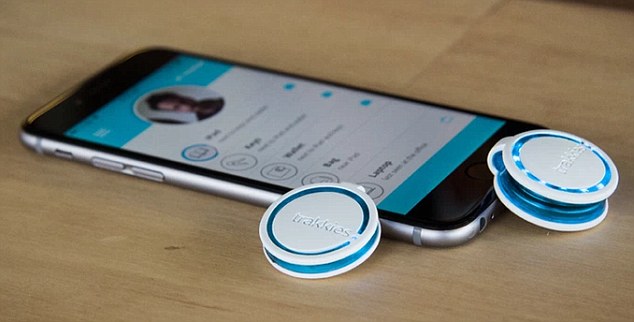 Long distance: By using state-of-the-art Bluetooth antennas, the Trakkie’s range is far higher – up to 230ft (70m) – than regular Bluetooth devices, which tend to peak at around 98ft (30m) 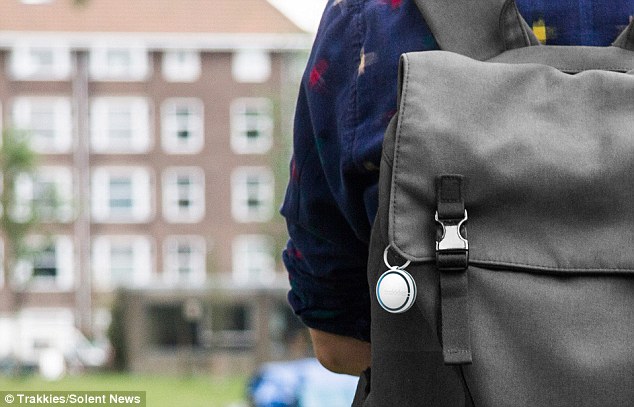 The groundbreaking tools, called Trakkies, are a collection of tiny circular gadgets which can be attached to keys, a bag (pictured) , wallet or purse. Users can also connect their smartphone to the devices by downloading the Trakkies app and will be given precise directions to the item they have left behind

Trakkies come in two varieties. Trakkies.micro is designed for extended range and battery life. Trakkies.tagg is designed to be small and affordable enough to fit anywhere, and put on anything.

Once you have been informed that you have forgotten something, the Trakkies will even help you find exactly where it is.

Mr Wierda, 26, said: ‘Trakkies can flash their LEDs and make sounds to help you find them when you’re near.

‘For longer distances, you can use the Trakkies compass on your phone to locate the item.

‘We also tell you what other connected items are near the item you’re looking for.’

Trakkies can even be attached to larger items such as a suitcase, to ensure you don’t lose it at the airport.

They also come in two varieties. Trakkies.micro is designed for extended range and battery life while Trakkies.tagg is designed to be small and affordable enough to fit anywhere, and attached to anything.

The devices work as micro-computers and connect to each other using a peer-to-peer network, meaning they can act independently of a central computer like a phone. 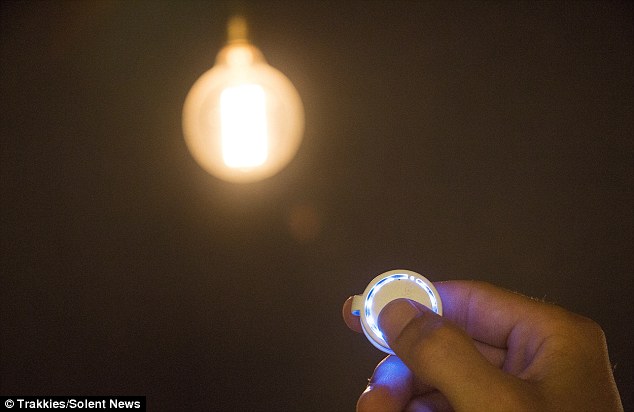 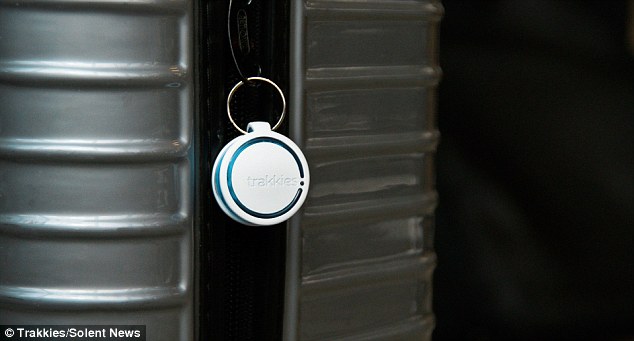 Travel lifesaver? Trakkies (pictured attached to a suitcase) are available by backing the Kickstarter campaign, and they are due to go on general sale to the public early next year

If the makers reach their target they will go on general sale to the public early next year. 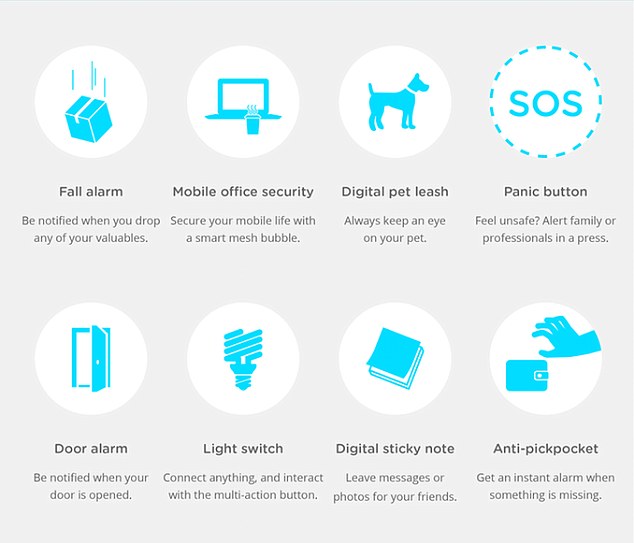 Multipurpose: The Trakkie can be used for other purposes too – such as providing an alert when something valuable has been dropped, or even as a panic button to provide a sense of safety

This article originally appeared on https://www.dailymail.co.uk/sciencetech/article-3165203/Never-lose-keys-Trakkies-warn-leave-house-without-purse-phone-more.html?source=Snapzu