New Kickstarter aims to create a World of Warcraft tabletop 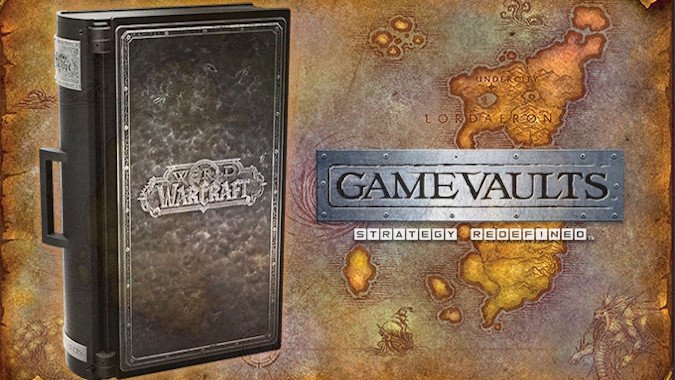 We’ve seen Warcraft TTRPGs and board games, and now World of Warcraft is making the move to tabletop strategy gaming. In a collaboration with GameVaults, a new Kickstarter campaign is underway to produce a strategy game that pits the Horde against the Alliance in a board game with an elaborate set of game pieces.

Familiar leaders of each faction are there, along with locations like Orgrimmar, Stormwind, and Booty Bay. There are plenty of mobs from Azeroth included in the game as well, like Harpies, Kobolds, Murlocs, Naga, and Yeti. The elaborate collection of physical game pieces is a definite highlight, and whether you’re interested in playing the game or you just love to collect minis of your favorite creatures from WoW, this game has something for you.

Gameplay puts a big focus on setting up the board, with the goal of boxing in your opponent. But the strategy can be complicated. There are over 88 million combinations of moves, so if you want to understand gameplay, GameVaults reviews the rules in the video below.

The Kickstarter runs through Monday, July 26, 2021, and currently has few backers, so there’s still plenty of time to get in if you’re interested in exclusive Kickstarter rewards. The minis are gorgeous, and if you back at the Onyx Edition level, you get 20 Abominations to add to your collection of mobs.

Now for the bad news: this is an expensive Kickstarter! The Core Edition is $499. The Onyx Edition, the same as the Core Edition plus 20 Abominations, is $649. The elaborate game board and complicated game pieces are pricey.

This also begs the question — why is there a Kickstarter? Activision Blizzard has the resources to make WoW-based merchandise and games, and even thought the company has worked with partners on projects like board games before, we haven’t seen a crowdfunded project like this in the past. GameVaults has Blizzard’s backing, but the company has only has this one project, for this one game. However, it is a subsidiary of Edge Toy, which — according to its website — has won numerous awards and collaborated with more than 75 huge companies over the years. That makes a little more sense, but this still seems to be large companies asking consumers to pledge for an expensive product with no long-term guarantees.

This looks to have potential to be a great game or at least to be a collector’s treasure — as long as that collector has hundreds of dollars of disposable cash. If you pledge for GameVaults, you won’t be charged unless the campaign reaches its goal of $500,000. If it does reach its goal, it plans to have games available to ship by the end of the year, so you might get your GameVault in time for the holidays. However, projects like this can be fraught with delays and Kickstarter itself offers no guarantees.

Here’s hoping this turns into a cool collectible. Remember, you have until July 26 to pledge to the project.

This article originally appeared on https://blizzardwatch.com/2021/06/18/gamevaults-wow-tabletop-game/