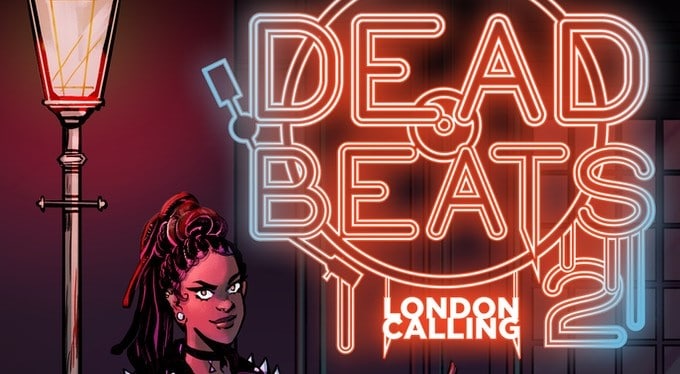 “I haven’t been back to England in what feels like centuries.  I’m honestly not sure what’s popular these days, but I’d like to take a…  stab at it.” 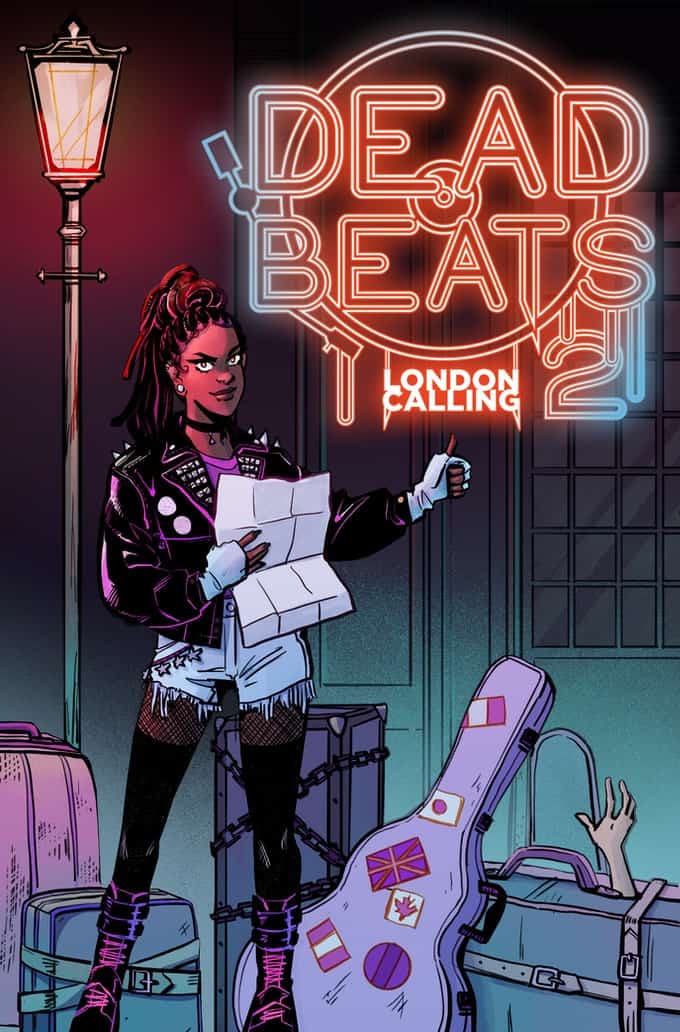 Go to the Kickstarter campaign now to support this gig and get rewards like stickers, bookplates, sketchbooks… You’re in for a terrific treat! Bellow, a preview of how it’s gonna be to enter this scratching world, with art by Val Halvorson (Finger Guns, The Sequels). 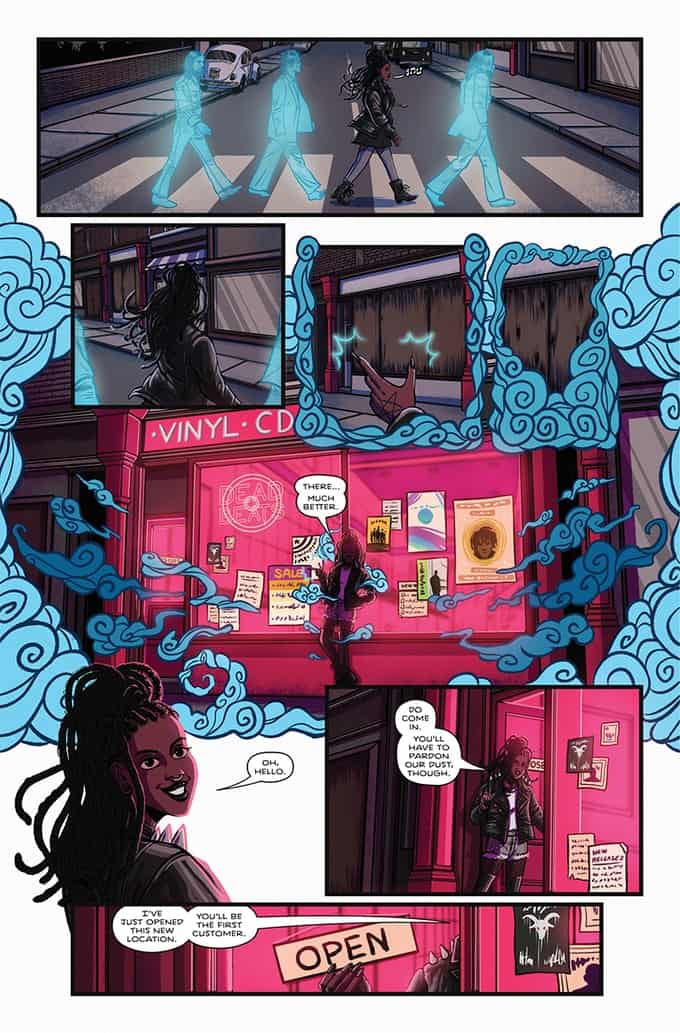 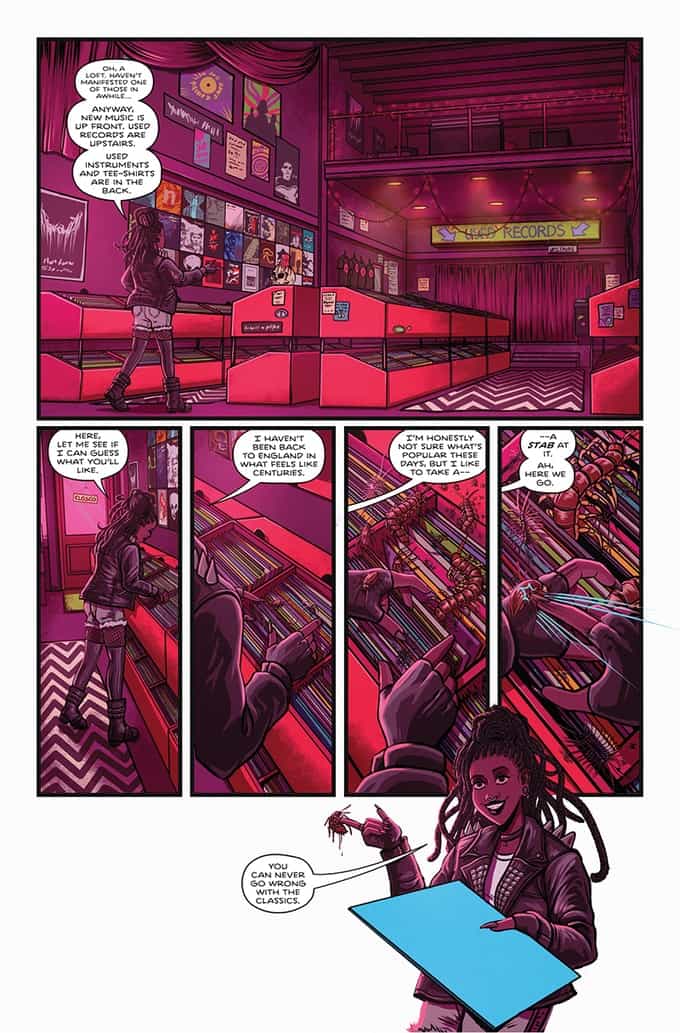 I’m a writer, musician, collagist, and more generally a very nerd grrrl. Some of my favorite comics are New Mutants, Jem and the Holograms, Snotgirl and Monstress. I have also been published in different poetry books, anthologies and zines, and with a short story in ‘99% Chance of Magic: Stories of Strength and Hope for Transgender Kids’. You can follow and contact me at @dunahaller on Instagram and Facebook.

This article originally appeared on https://comic-watch.com/news/news-watch-musical-horror-anthology-dead-beats-2-london-calling-now-on-kickstarter