Preview Video: Weimar: The Fight for Democracy from Capstone Games, 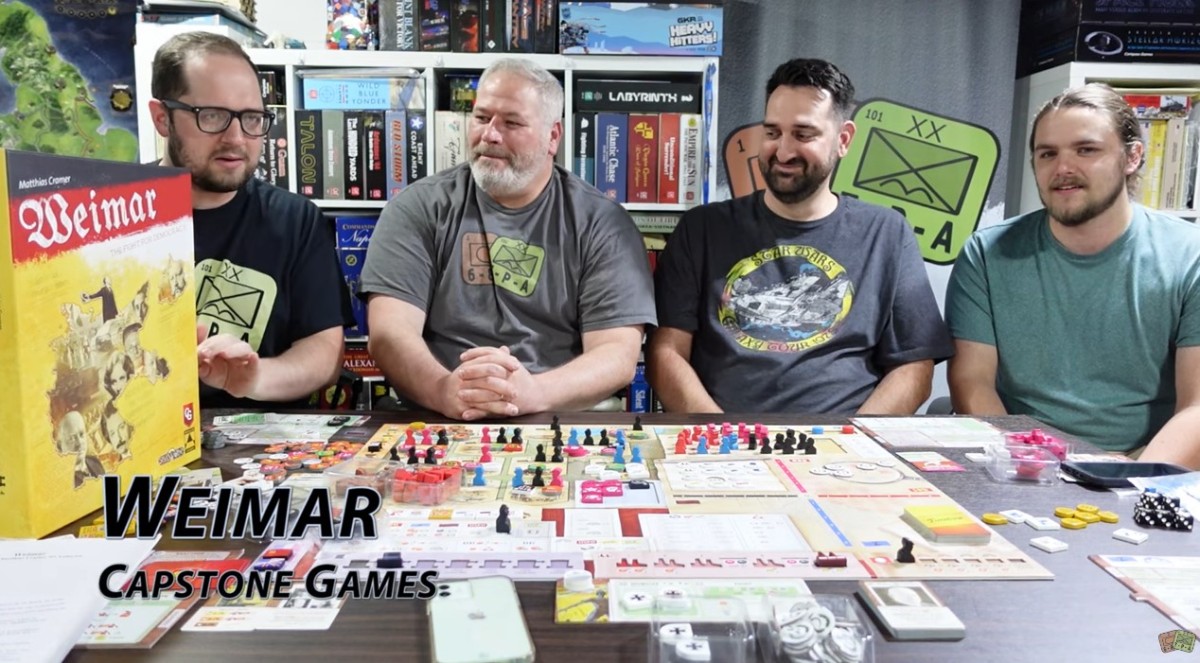 Weimar: The Fight for Democracy is a game about the major actors in the spectrum of the new Weimar Republic. The Social Democrats and the Conservatives are trying to defend the democracy. Communists and Nationalists are looking to overthrow the government and install their own regime. Will this infant Republic survive? Or will Germany — as in history — fall to the Nazis and become a lawless state? Or will there be a Union of Socialist German Republics?

Weimar includes two major battlefields: In public opinion, the parties struggle to influence the important political issues like the economy, the media, or foreign affairs. Winning these issues scores points and allows players to take significant decisions. At the same time, the parties try to control the streets and position their followers in the major cities of Germany for demonstrations, street fights, and actions taken by the paramilitary organizations.

Weimar is a tense and exciting card-driven game (CDG) on a most interesting topic. Cards may be played for the event, for public opinion, or for actions in the street.

If you are interested in Weimar: The Fight for Democracy, you can obtain a copy by backing the Kickstarter at the following link: https://www.kickstarter.com/projects/skellig-games/weimar-the-fight-for-democracy

The Kickstarter campaign will conclude on Saturday, September 24, 2022 at 2:00am EDT.

This article originally appeared on https://theplayersaid.com/2022/09/07/preview-video-weimar-the-fight-for-democracy-from-capstone-games-and-skellig-games-gmbh-currently-on-kickstarter/