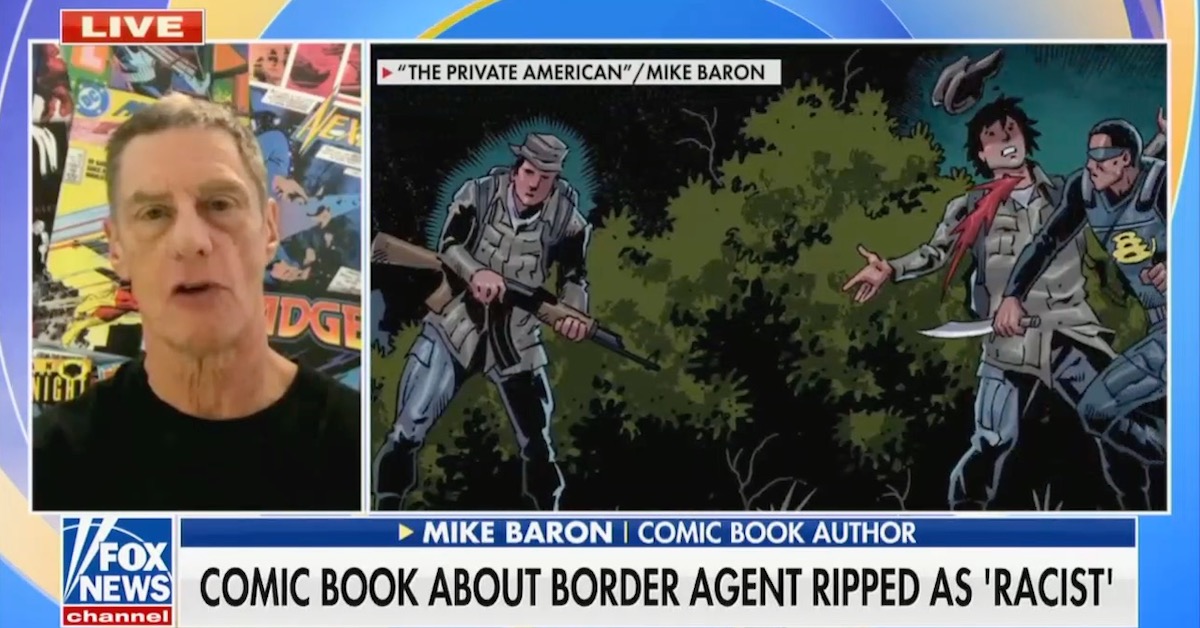 Fox & Friends First co-host Todd Piro noted in a Monday interview with Baron that the comic book author was kicked off of Twitter after accusations of racism surrounding his border vigilante comic book. A Daily Kos post on the work called it “racist propaganda.” The campaign was eventually suspended by Kickstarter for allegedly violating the platform’s terms of service in regards to hate speech and promoting violence.

Baron defended his book and argued that Marvel’s vigilante Punisher character would be realistically fighting human traffickers and other criminals on the southern border today.

“I used to write Punisher for Marvel, and this is the same type of character,” he said. “In fact, this book came about when I asked myself ‘what would The Punisher be doing today?’ He’d be down on the southern border trying to stop the flow of fentanyl into the country.”

In The Private American, the protagonist is a Cuban American ex-Green Beret. Baron called his tale a “classic vigilante story” and claimed there is no content aimed at criticizing migrants just trying to cross the border, noting a scene where the book’s hero saves a migrant from being raped.

Baron accused the comic book industry as a whole of becoming “pretty woke.”

“It is pretty woke, as you know, and the sales are falling,” the comic book writer said. “There’s some question of whether Marvel and DC will continue to publish comics in the future because sales are so low.”

Baron said he and other members of what he referred to as “ComicsGate” produce comics outside the mainstream industry primarily using crowdfunding as a source of income. The Private American remains suspended on Kickstarter, but it is active on IndieGogo where it’s raised more than $40,000.

Watch above via Fox News

Have a tip we should know? tips@mediaite.com

This article originally appeared on https://www.mediaite.com/tv/marvel-writer-rages-on-fox-after-border-vigilante-comic-pulled-from-kickstarter-the-punisher-would-be-down-on-the-southern-border/