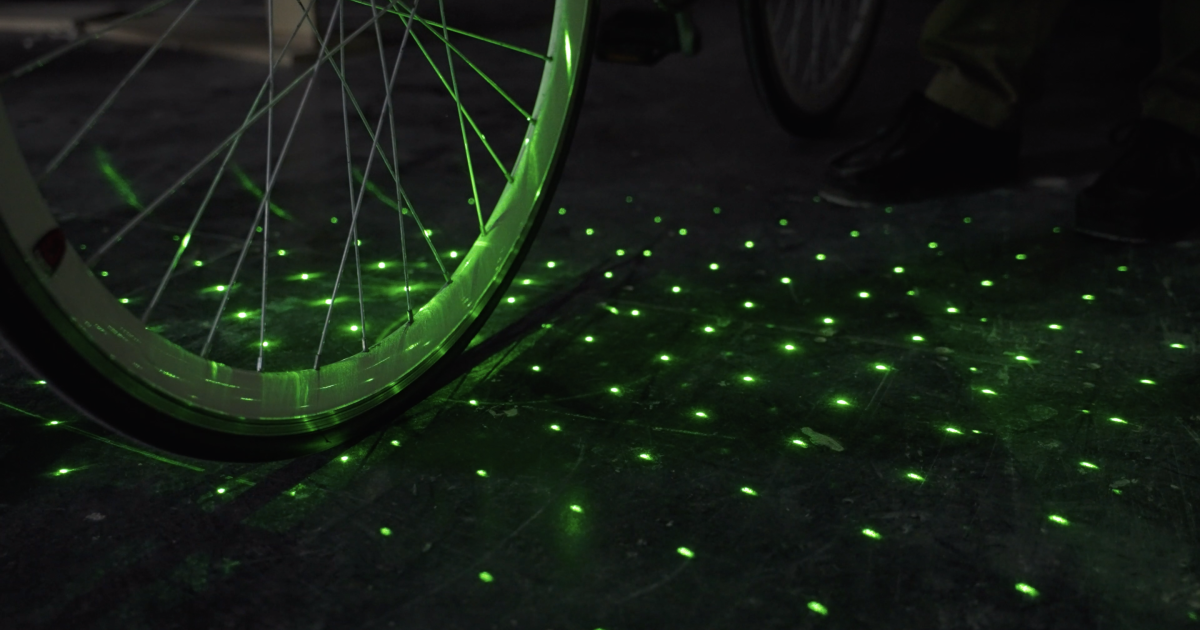 There are now a number of bike-mounted devices that laser-project lines onto the road, showing motorists how much passing space they should provide. tether works in a similar fashion, but it also senses passing vehicles in order to produce cyclist-safe road maps.

The handlebar-stem-mounted device was invented by British entrepreneur Omar Bakhshi, after he was sideswiped by a motorist while cycling.

In order to help keep such accidents from happening, tether laser-projects grids of green dots onto the road. These grids appear on either side of the front of the bicycle, letting drivers know to stay at least that far away from the bike while passing. That said, some motorists are still going to crowd the cyclist anyway.

Bearing that fact in mind, tether is also equipped with front, left- and right-side proximity sensors. These can detect passing vehicles up to a range of 2.5 meters (8.2 ft), and will trigger the lasers to start flashing if those vehicles get any closer, hopefully getting their drivers’ attention. If users wish, they can set the flashing threshold to a closer distance. 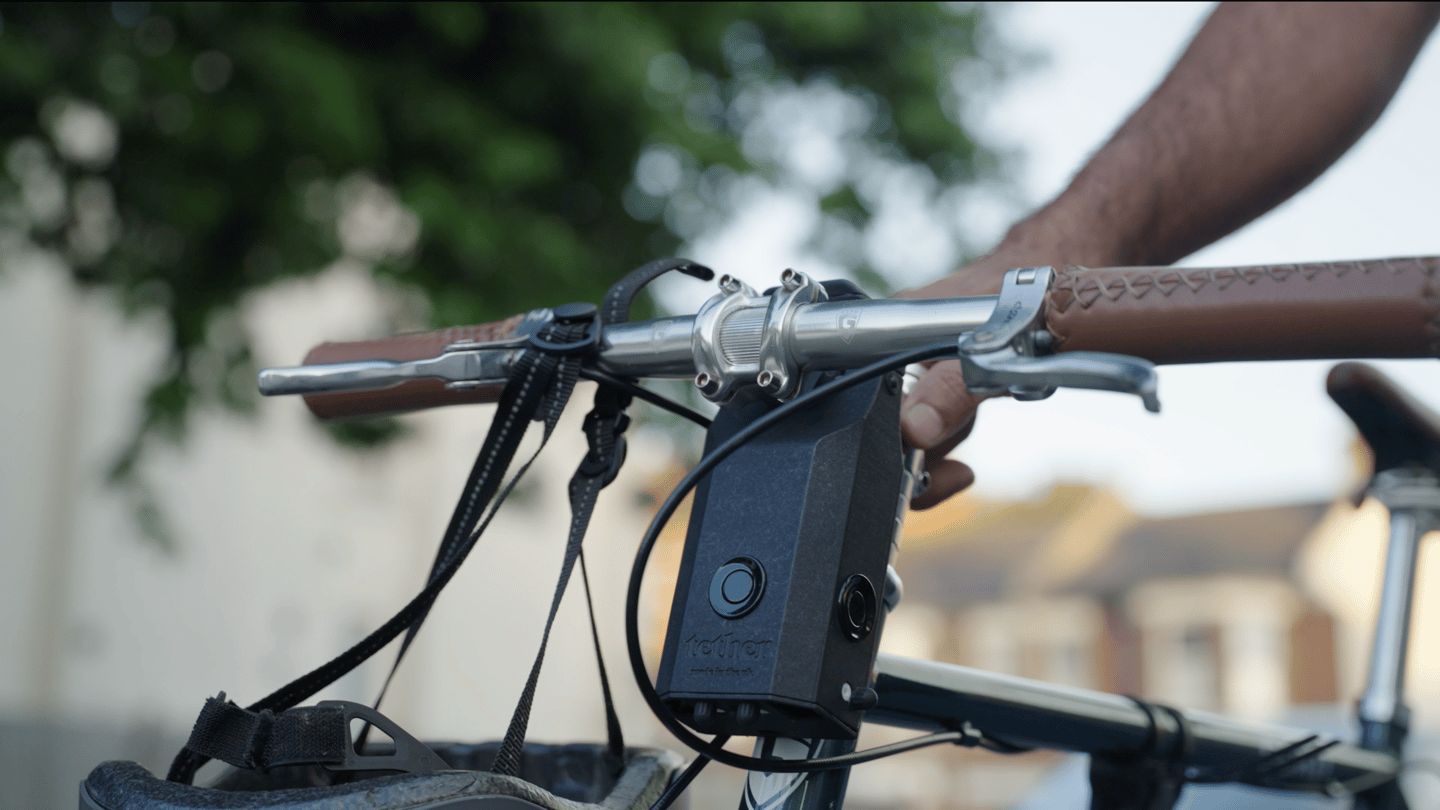 tether is currently on Kickstarter

Additionally, every time a passing vehicle is detected, tether wirelessly transmits the GPS coordinates and the passing distance to an accompanying app on the cyclist’s smartphone. At the end of each ride, that data is transmitted to the cloud, so it can be combined with data from other tethers to create cycling route maps in which close passes are least likely to occur. Those maps can be accessed by app users.

The current tether prototypes are weatherproof, and are claimed to run for up to six hours on one USB charge of their lithium batteries. Plans call for the aluminum-bodied commercial version to have a broader, more noticeable projection pattern, along with a quick-release mounting system so it can be easily taken off when the bike is left unattended.

You can see the device in use, in the following video.

This article originally appeared on https://newatlas.com/bicycles/tether-bicycle-laser-safety-mapping/