The Supermarine is an audaciously aerodynamic motorbike with an organic, 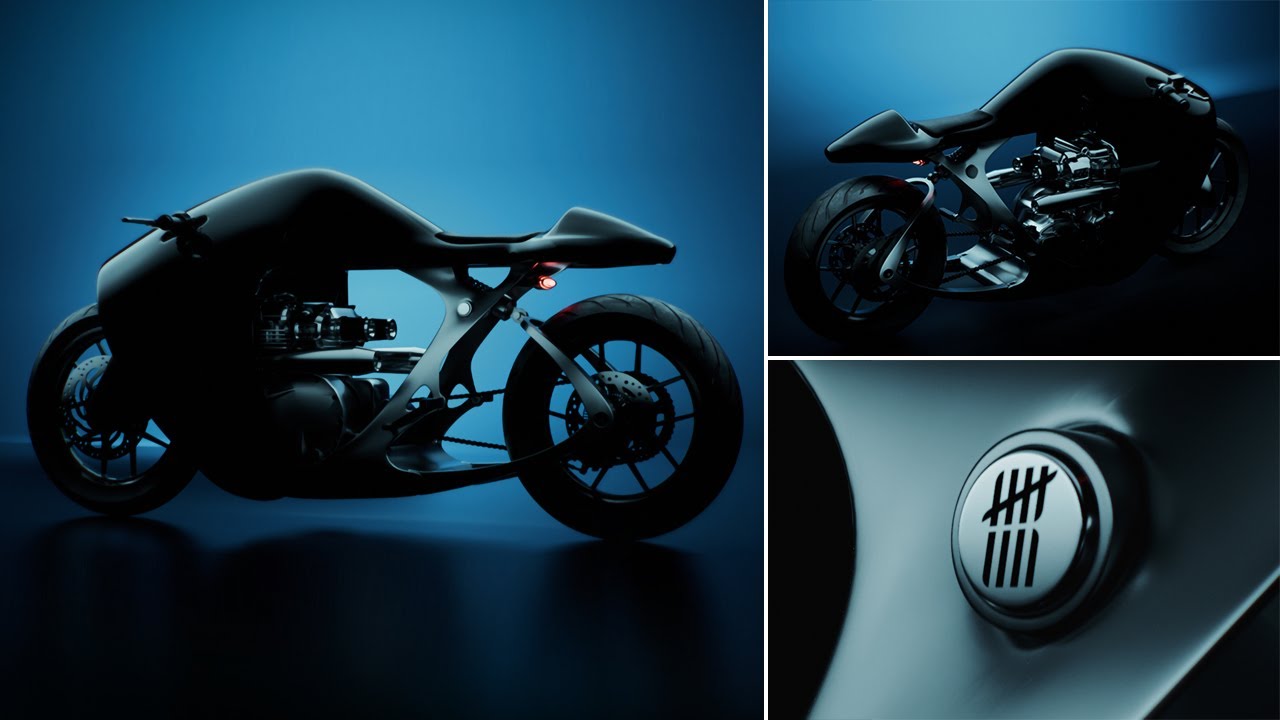 The Supermarine’s design has Bandit9 ‘s name written all over it. The Vietnam-based custom bike shop has carved out a unique niche in the larger custom motorcycle scene with its unconventional designs that challenge the notion of what a two-wheeler should look like. Adopting an organic style that’s become almost a trademark of Bandit9’s custom projects, the Supermarine is perhaps their most ambitious build to date. 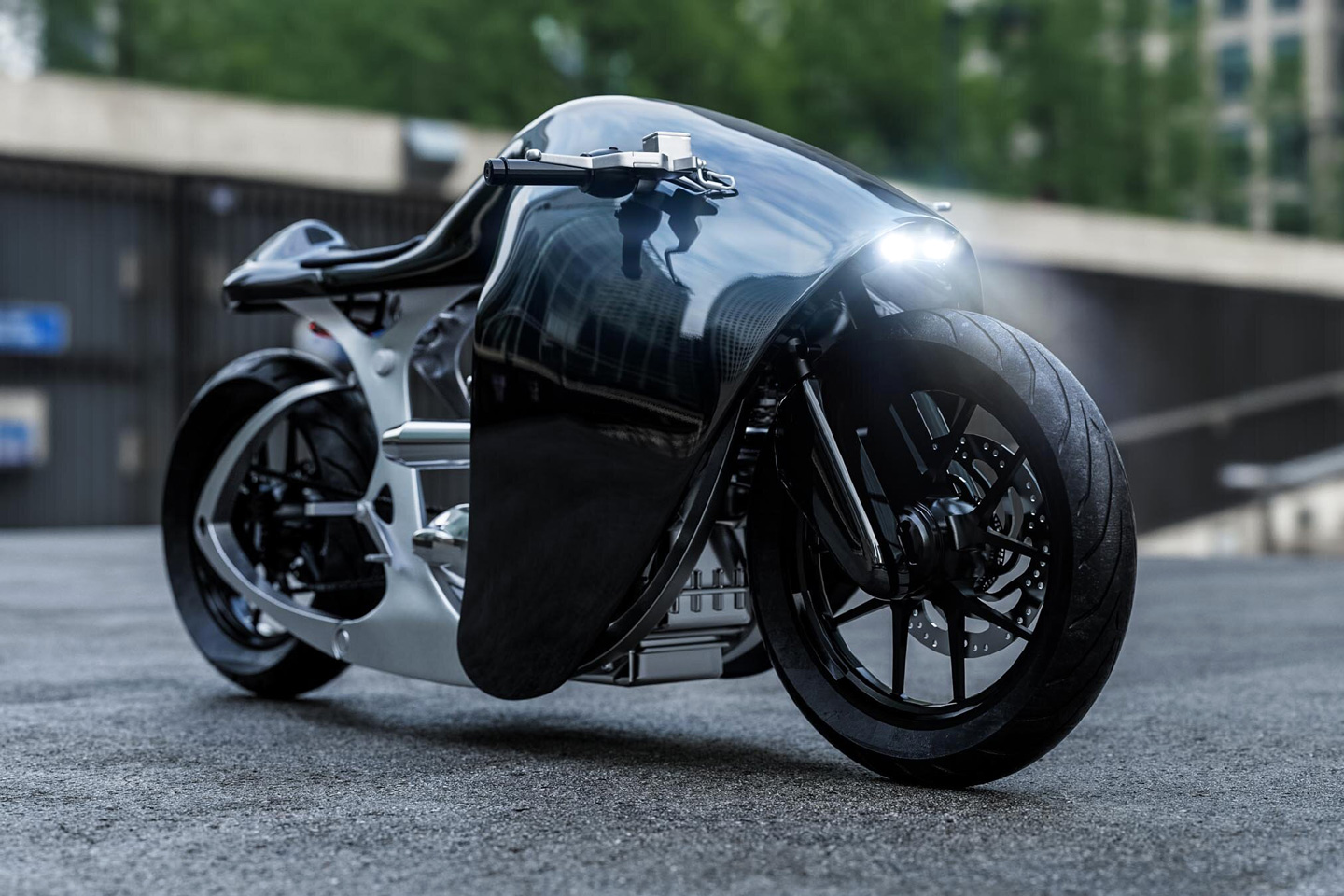 Built from scratch on top of a custom chassis (which, in itself, is a marvelous feat of design and engineering), the bike sports a bold organic body inspired by the shape of Mobula rays. The outer body comes in a choice between Race-spec ABS plastic, or carbon fiber if you’re looking to go all in. The Mobula ray-inspired design gives the Supermarine its name reference as well as a larger-than-life character. The design looks commanding, audacious, while still giving one the impression of speed, even with its seemingly front-heavy aesthetic. The two massive swing arm covers and the ‘chest’ of the bike occupy visual volume on the front, while the tail extends and tapers off at the back, allowing you to view the bike’s ballistic-grade 7075 aluminum chassis at the back… along with perhaps one of the most beautifully executed rear-wheel suspensions I’ve seen on a two-wheeler. 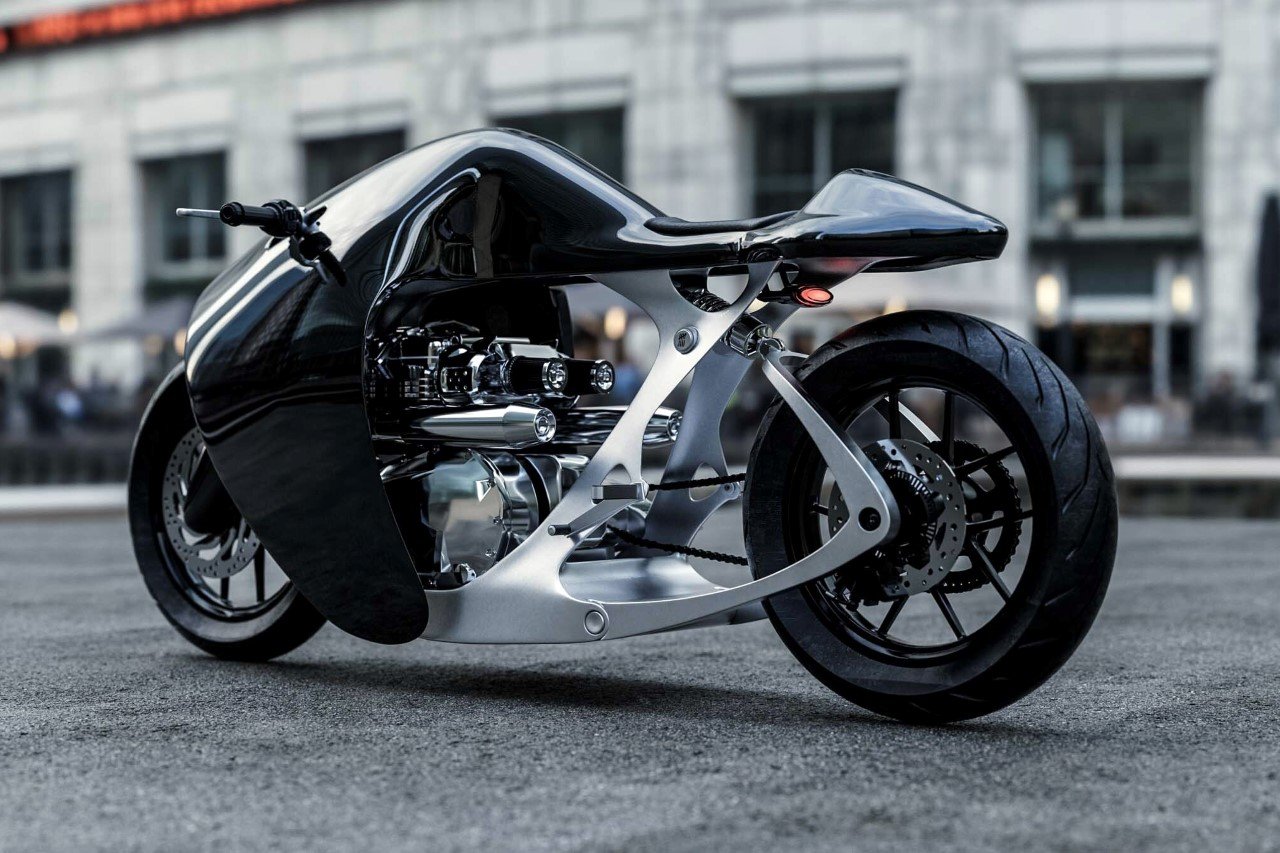 The bike’s bodywork is spectacular (I can’t even imagine how someone would mold a seamless piece of ABS as large and organic as that). However, the surfacing on the Supermarine is stunning, and looks all the more incredible thanks to that high-gloss black paint job on top of it. Assuming the appearance of the Mobula ray, the headlights sit where you’d expect the animal’s eyes to be located too, glowing bright with a glare that gives the Supermarine an air of confidence on the tarmac, quite like way a Mobula ray confidently glides through the water. 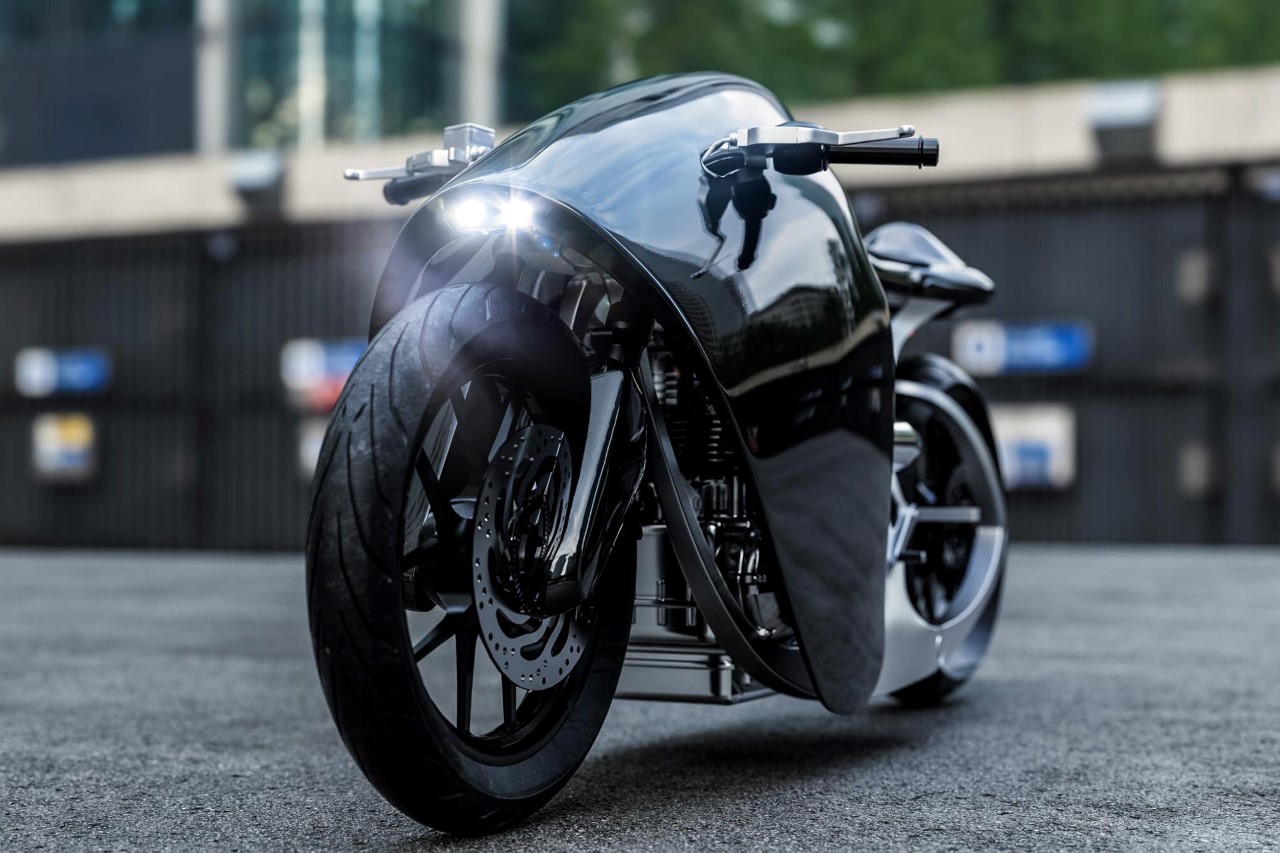 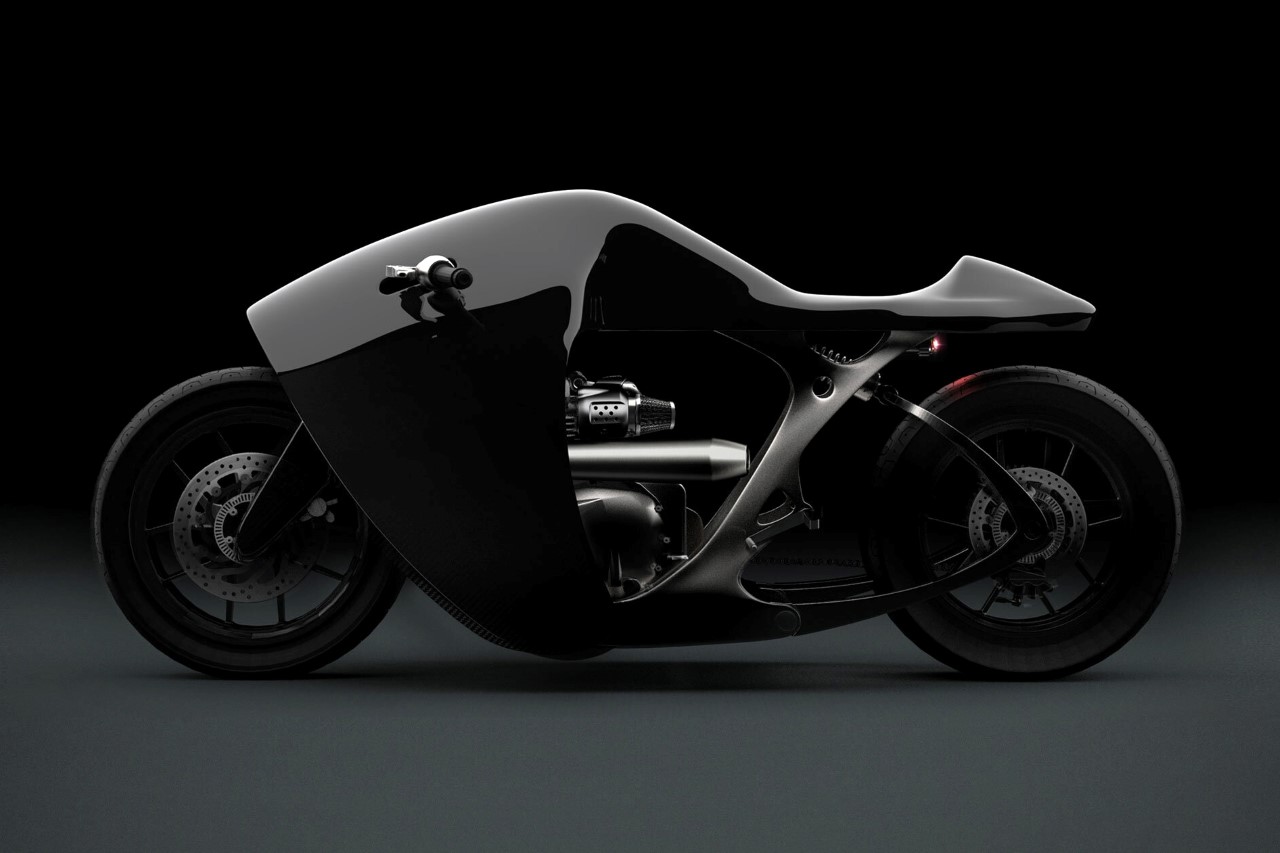 On the inside, the Supermarine is powered by a 900cc Triumph Twin Engine, a British workhorse with sophisticated tuning that gives the motorcycle a max horsepower of 74.1 bhp @ 7500 RPM, with a top speed of 193 km/h (120 mph). The ‘Stealth Class’ ABS variant comes with the 900cc engine, although when you upgrade to the ‘Carbon Class’ version with the carbon fiber body, the performance gets a boost too, with a new 1200cc engine clocking at 103 bhp and a top speed of 210 km/h (130 mph). Bandit9 describes it as “a bare-knuckle boxer in an English suit.” 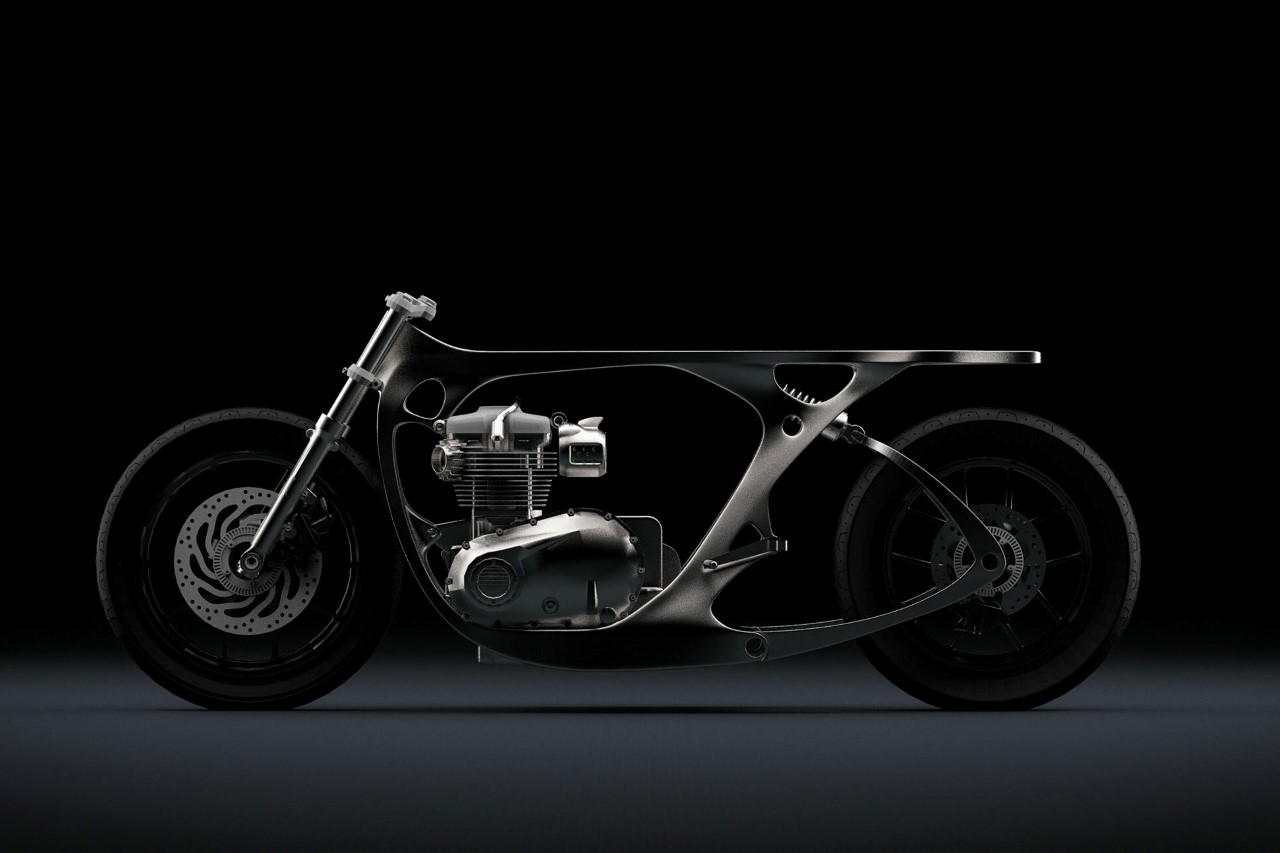 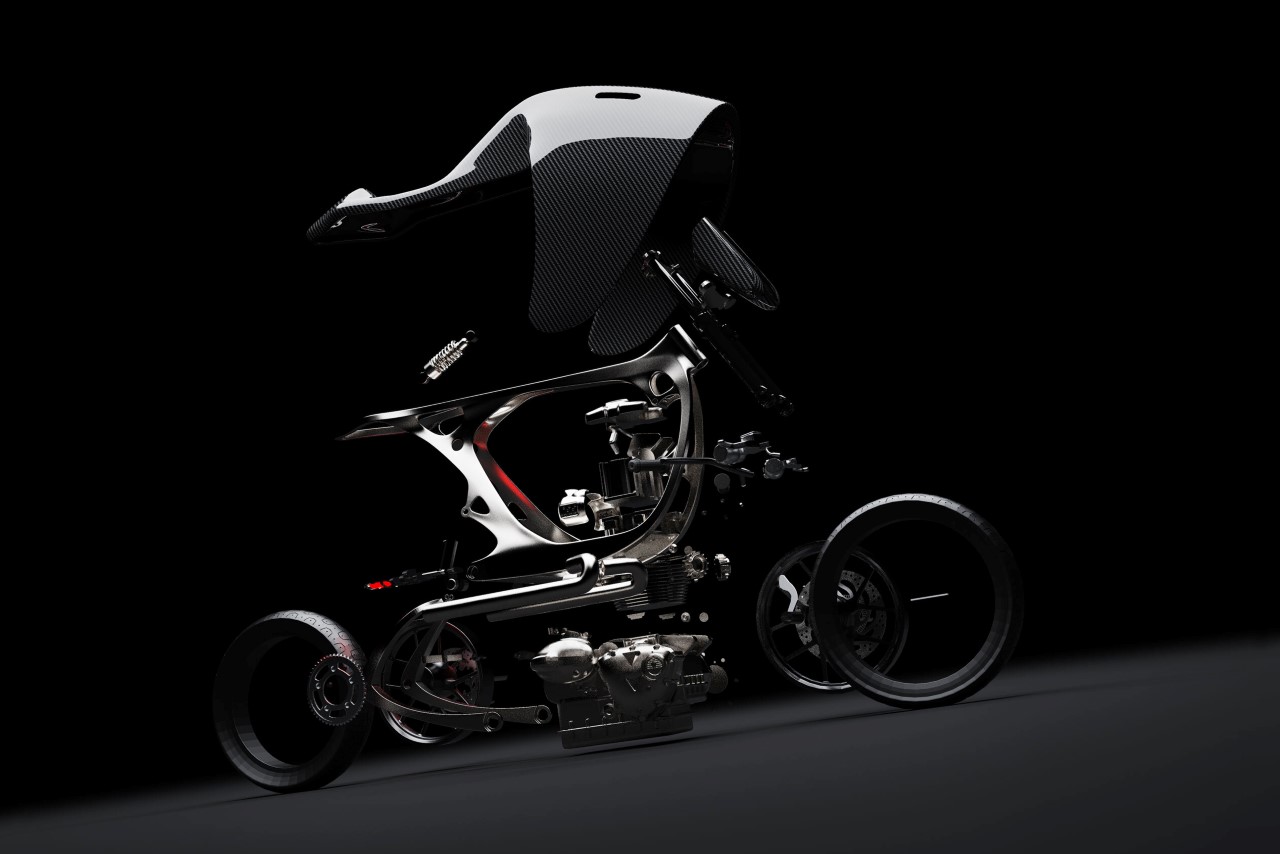 The Supermarine is Bandit9’s most extensive project to date, with as many as 400 individually designed custom components to help bring the entire machine together. The motorbike’s available on a built-to-order basis, although there’s no word on what the official price of each unit is… Given how exquisitely exotic it looks, you can expect to pay a hefty sum if you want a Supermarine of your own. Bandit9 is accepting orders right now, and deliveries begin in December 2021. 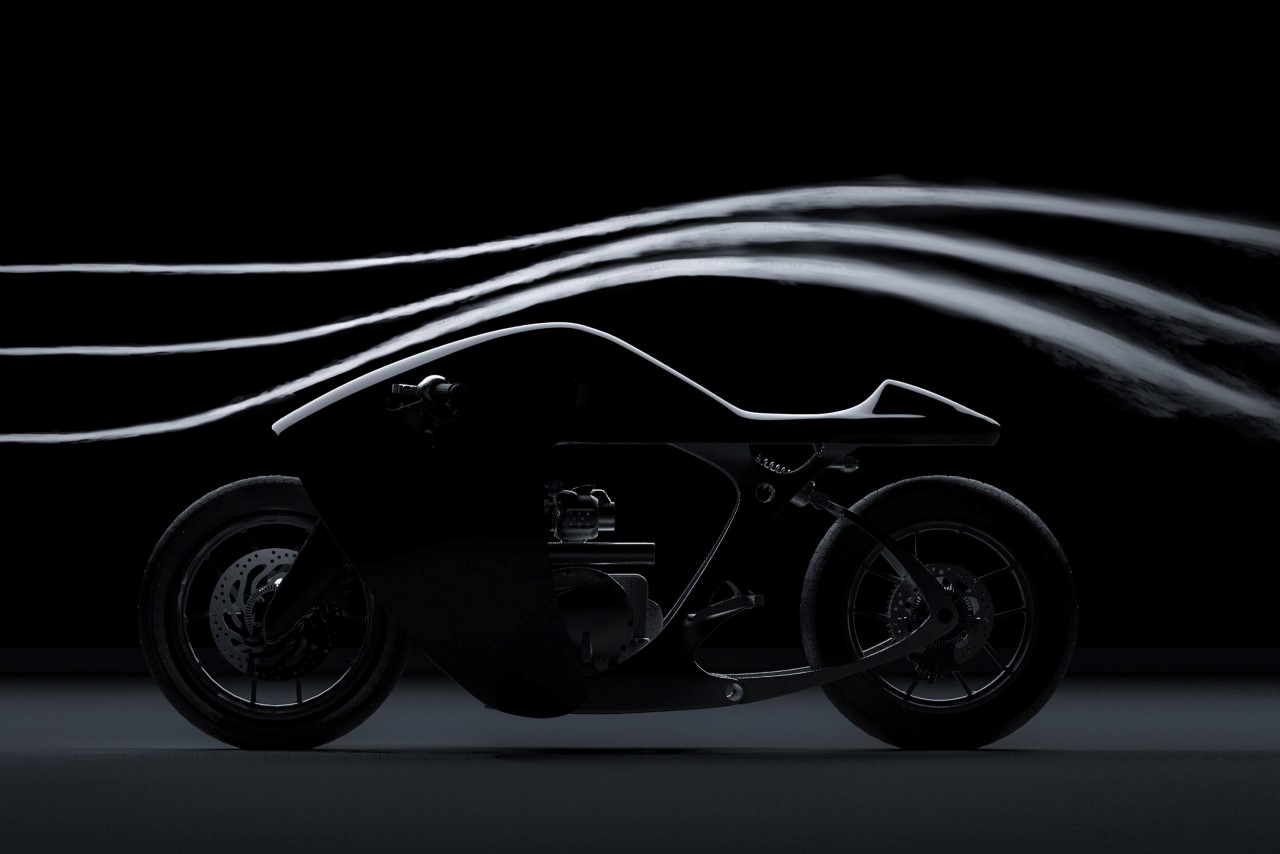 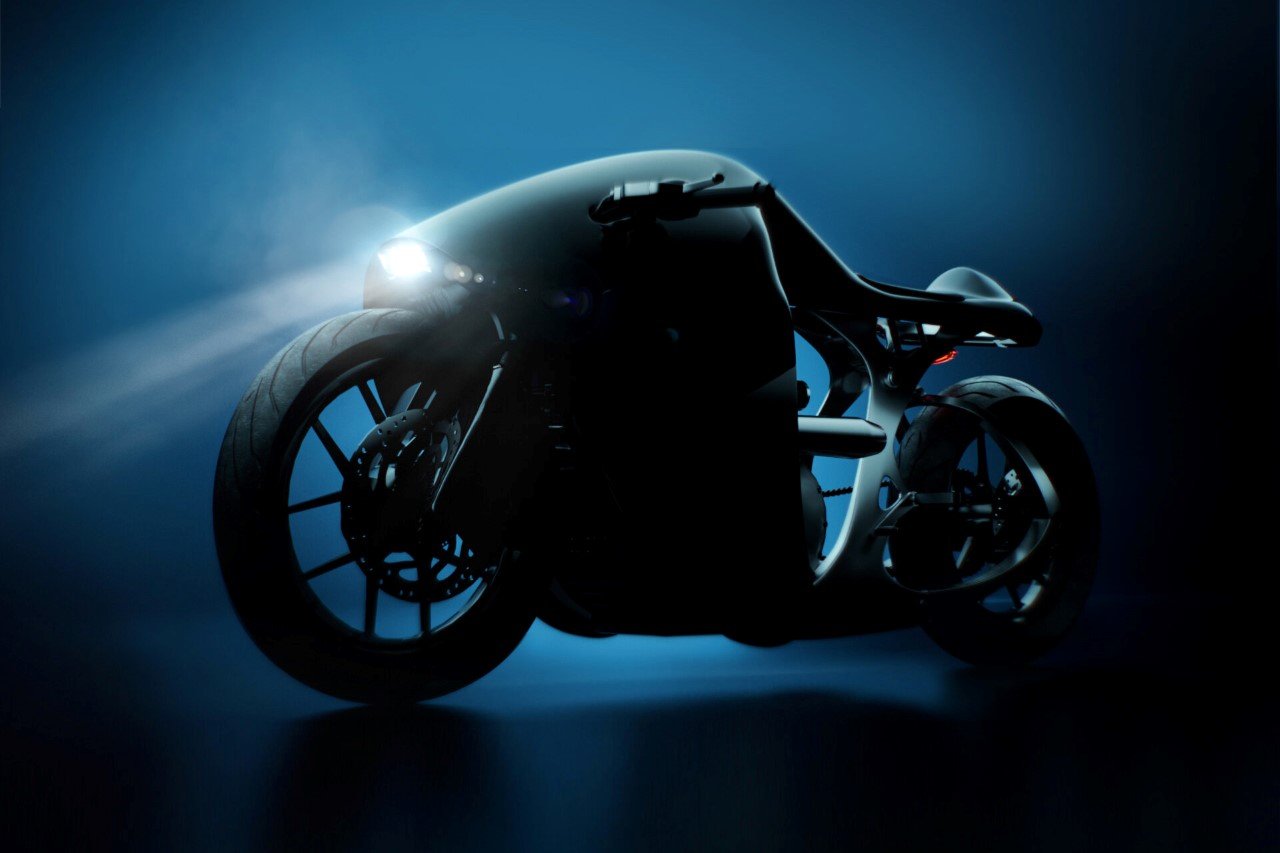 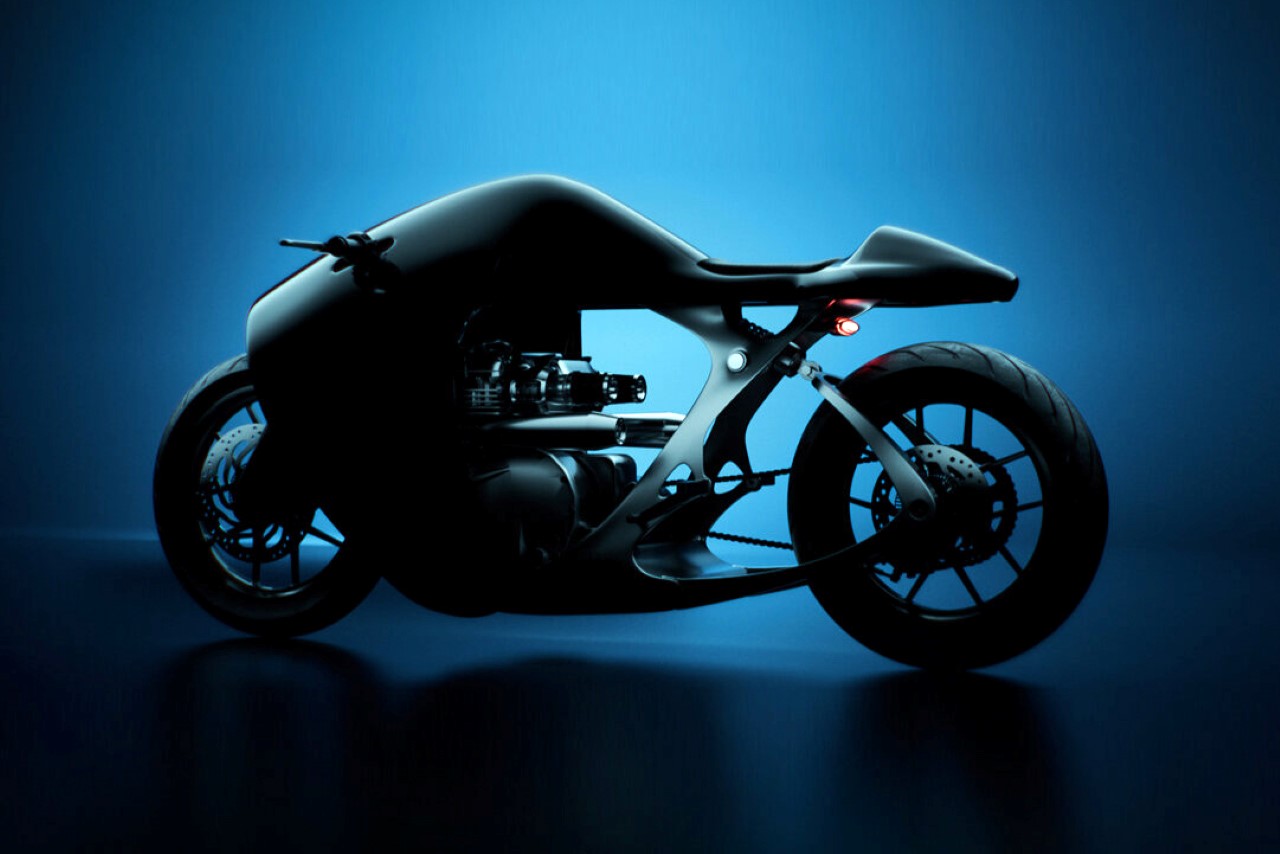 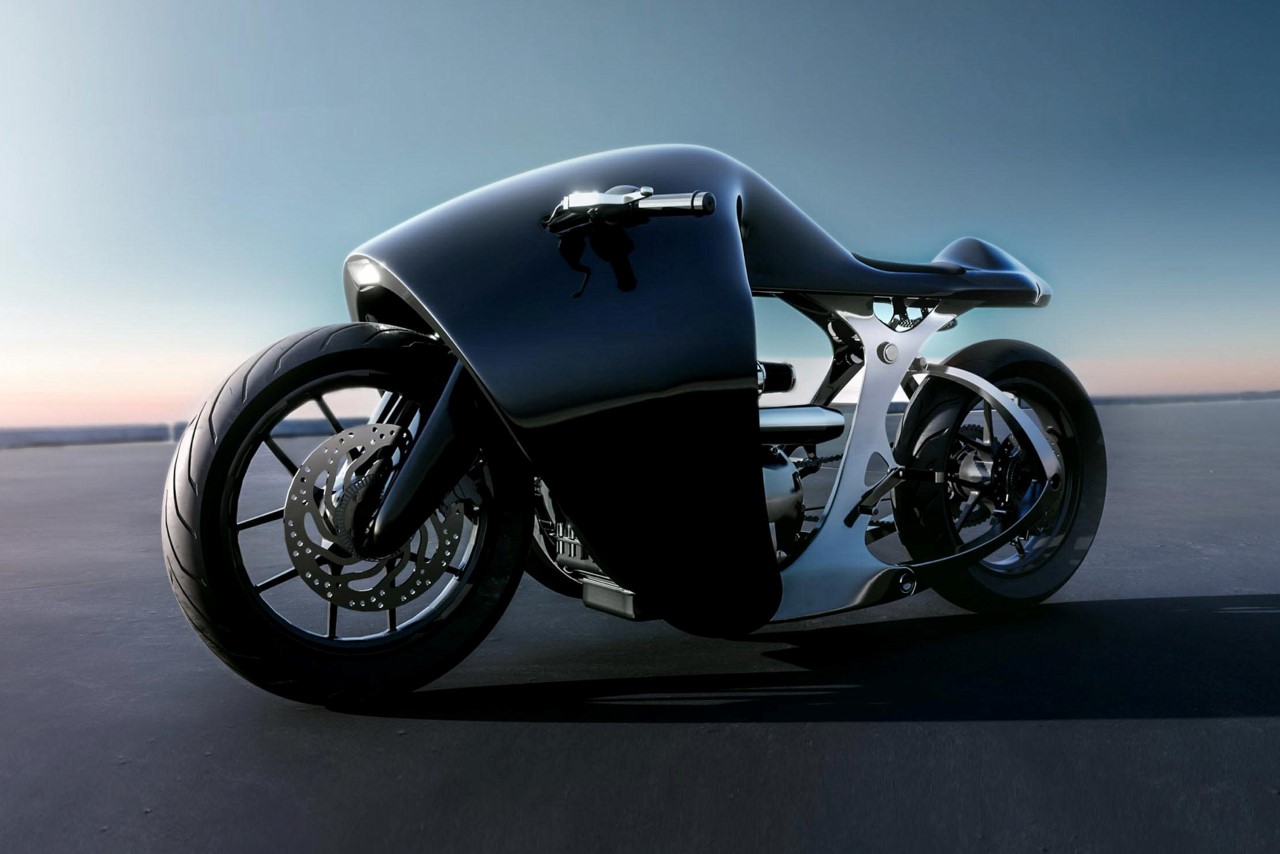 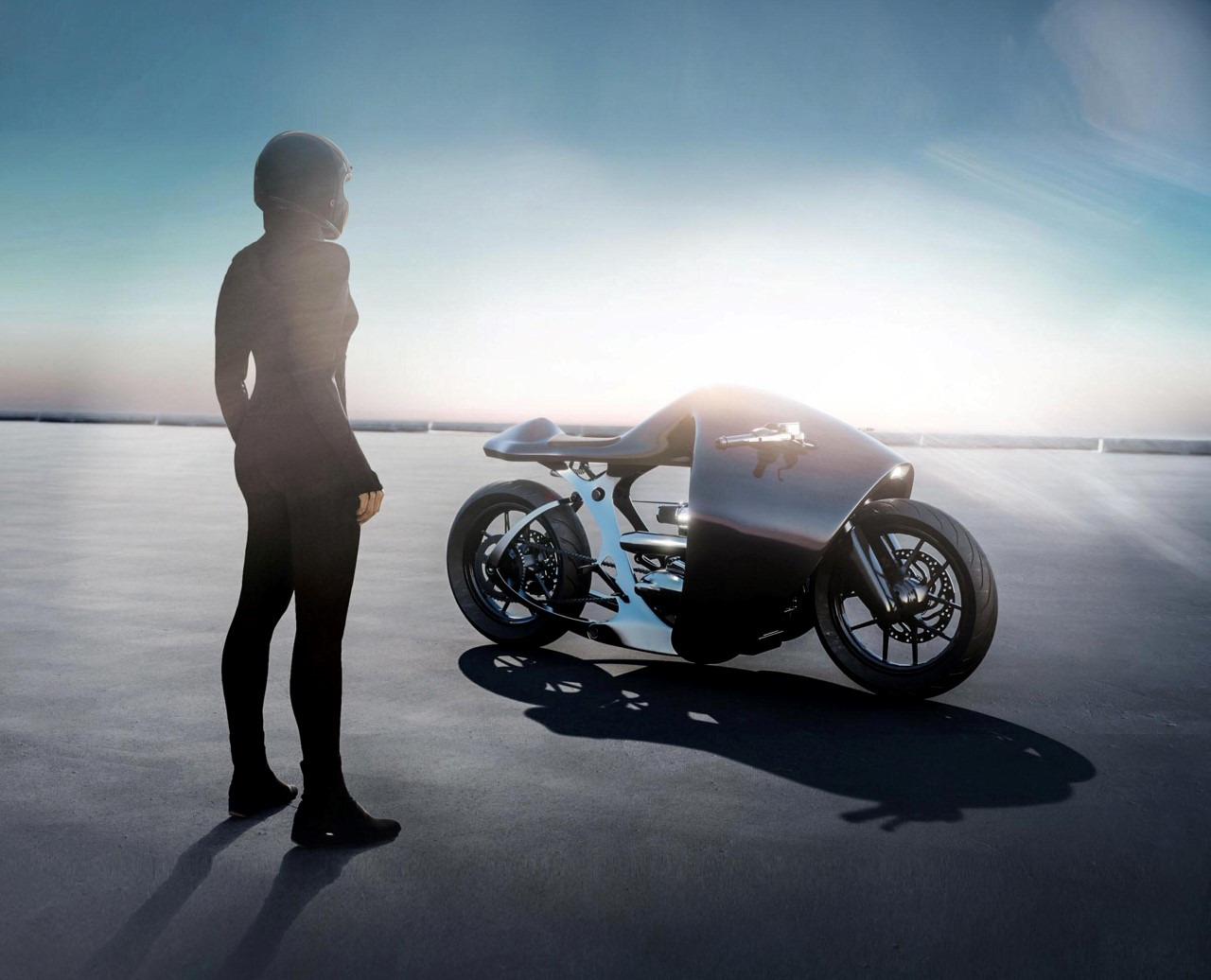 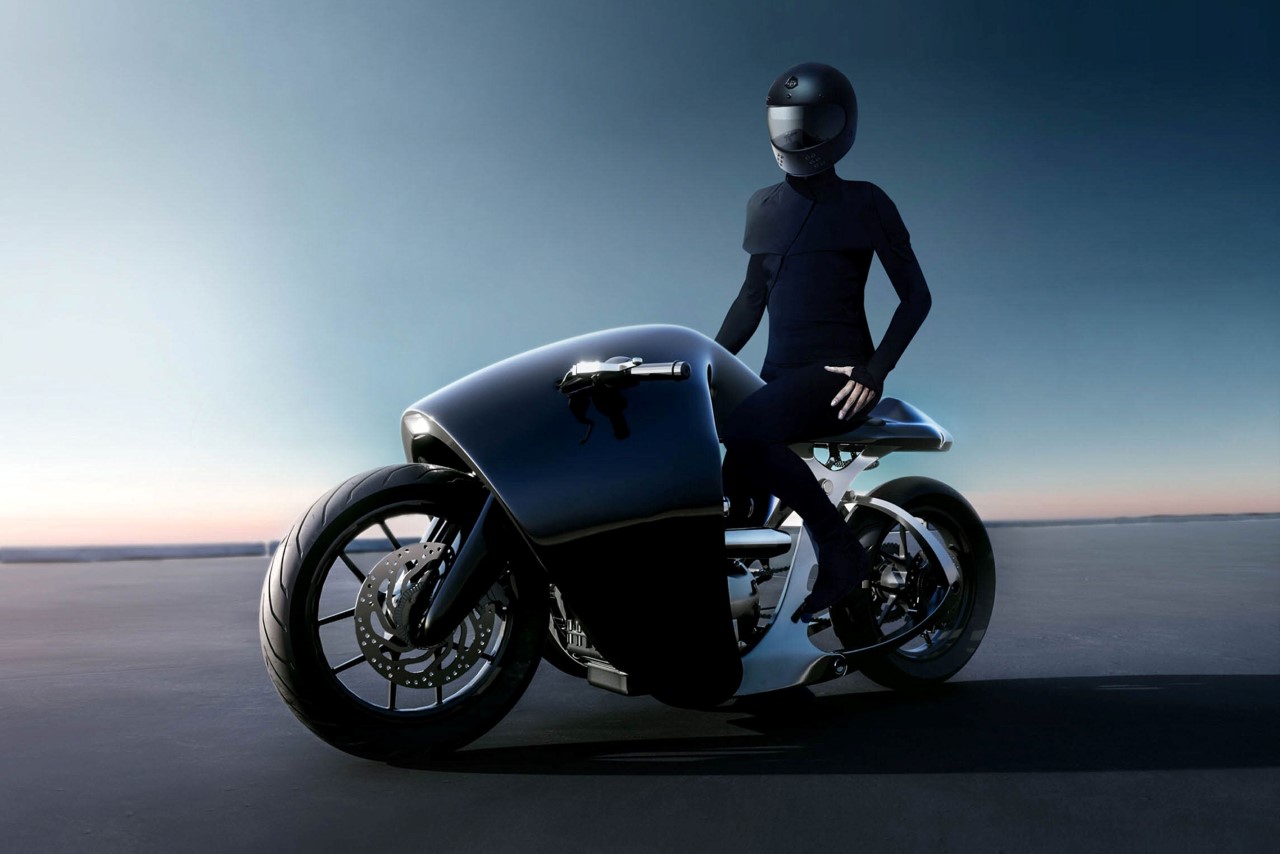 This article originally appeared on https://www.yankodesign.com/2021/10/07/the-supermarine-is-an-audaciously-aerodynamic-motorbike-with-an-organic-manta-ray-design/