Thin Is In: Minimalist Wallets Go Gangbusters on Kickstarter 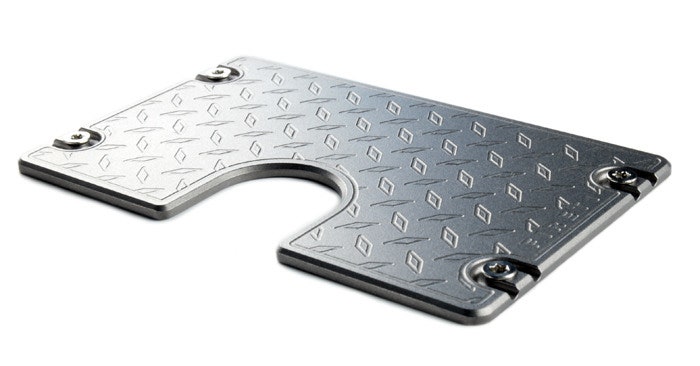 Ainste™ — the new style of the modern wallet by Ryan. “I came up with the idea for the wallet because I hated all of the thick bulky wallets out there and wanted to make a simple wallet that was thin and minimalist,” he says.
Photo: Ryan Kim

Wanna see something weird? Search for “wallet” on Kickstarter. You’ll end up with pages of projects — many of them highly funded. For a site that’s largely associated with hopeful tech products, these wallets (106 projects) are right up there with iPhone stands (115 projects).

The third group fascinates us. Minimalist wallets are designed to be as compact as possible, fitting into a front pant pocket unobtrusively, with room for some cards and cash. That’s a pretty simple design brief. Correspondingly, minimalist wallets are all almost identical.

To make one, you take two stiff surfaces the size of a credit card and use an elastic of some kind to hold them together. The wallets are almost always milled from some science-fictional material like carbon fiber or titanium. When it comes to making a minimalist wallet, the main questions seem to be: Should it block or allow RFID (either answer can be listed as a feature) and should it open bottles?

Kickstarter’s minimalist wallet designers are almost always dudes, and most of them look like dudes who like clubbing (this makes sense: These are the dudes most likely to need a slimmer wallet).

Almost every pitch leads with the designer complaining that they couldn’t find anything like this out there, despite the ample evidence on Kickstarter that there are things like this out there. It doesn’t matter. Over and over the projects get funded. Here’s a taste. The The Ainste raised $86,748 on Jan. 23. The Aluminum Plate Wallet System raised $45,241 on Feb. 4. The Omega titanium wallet raised £103,899 on Feb. 23. Just days later, the Ridge wallet raised $266,622 on March 5.

There are plenty more to come. With nine days to go, the Wallet Works by Danny Wilk looks to be well on its way to meeting the goal. The Multi, which incorporates a multitool into the plate, has tripled its goal with 27 days to go. The Crabby just launched. Maybe it’ll do well too.

This article originally appeared on https://www.wired.com/2013/03/kickstarters-wallet-economy/