This minimal, modular, magnetic wallet comes with its own MagSafe 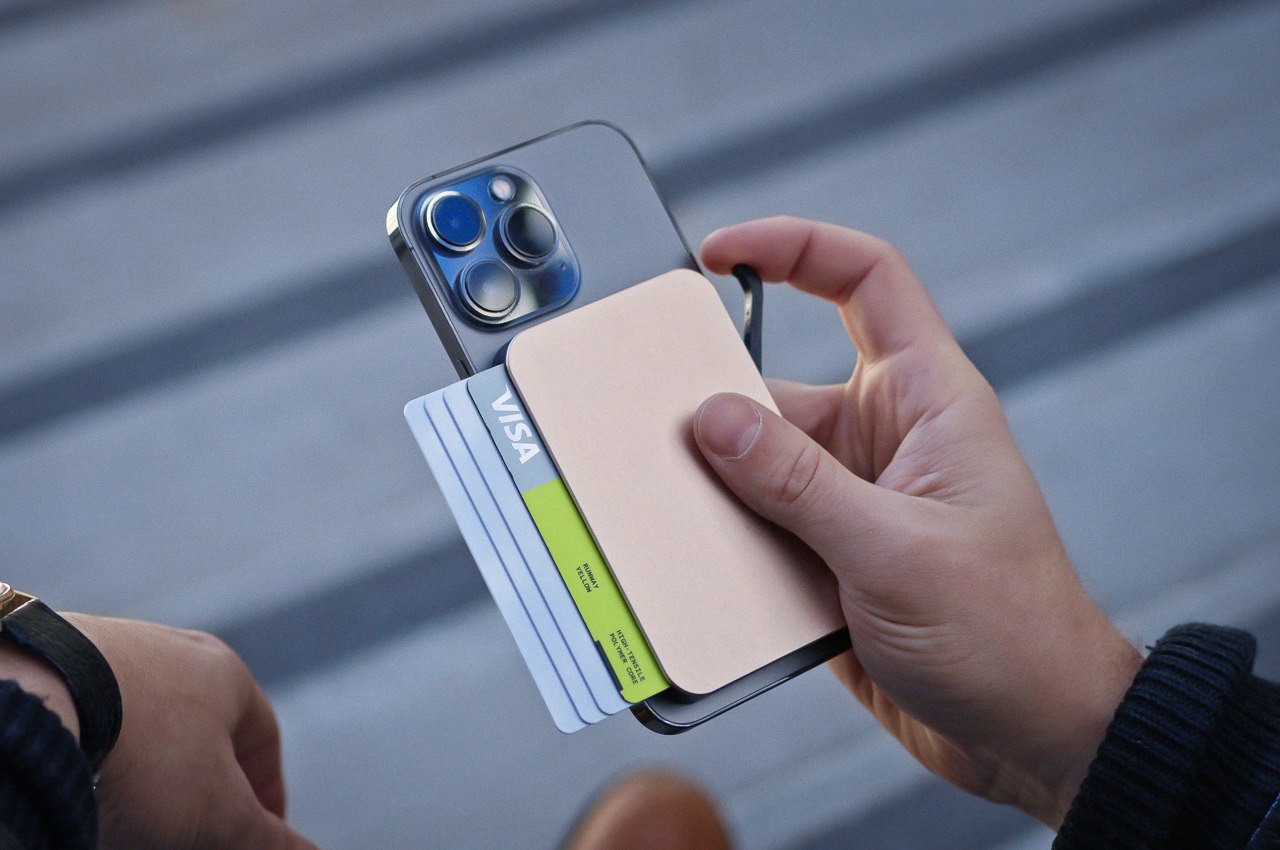 In a classic case of designing items for Apple’s ecosystem better than Apple itself, the MagSnap Wallet is a ridiculously slim piece of EDC that was also designed to be attached to the back of your iPhone or Android, while holding up to 5 cards together. Want more out of your wallet? Well, the MagSnap Wallet’s magnetic design makes it modular too, allowing you to easily attach extra modules that let your wallet hold more cards, cash, and even EDC tools. The MagSnap Wallet has the incredible advantage of being sleek when you want, and modular/accommodating when you need. It also docks on the back of your phone for easy carrying, and thanks to its all-metal design, it’s RFID-blocking too – a feature that Apple’s own MagSafe wallet still lacks. 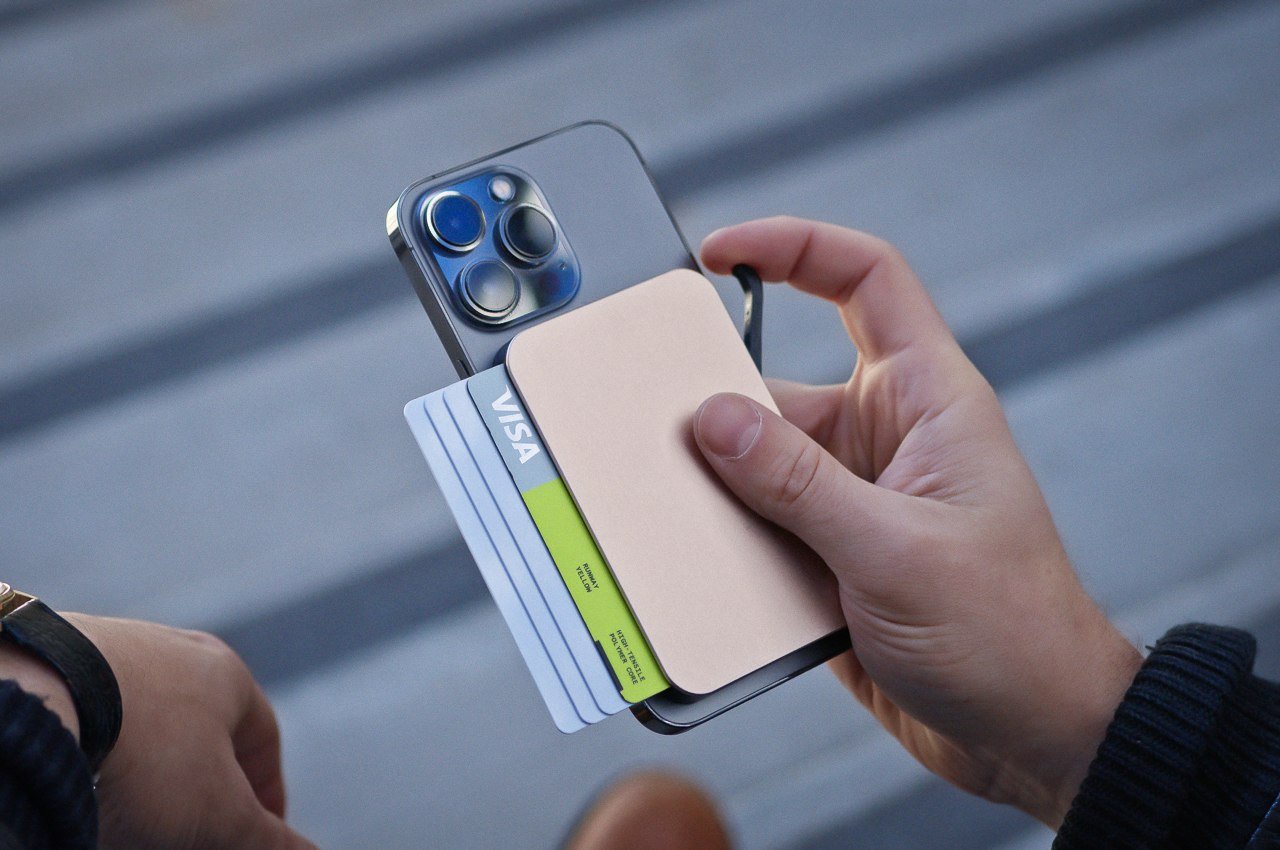 The MagSnap Wallet is the third in a series of smartphone accessories designed by the folks at OhSnap. While the first two focused on giving the phone a slick, useful, multipurpose stand/grip, the MagSnap Wallet brings EDC storage to the table. Measuring a mere 5.5mm in thickness, the MagSnap Wallet is volumes thinner than any wallet you could possibly own (definitely thinner than the chunky bifold most people still carry around). However, OhSnap is quick to mention that the MagSnap Wallet isn’t MagSafe compatible (that would mean reorienting the MagSnap Wallet’s magnets to make the wallet thicker). Instead, the MagSnap Wallet comes either with a magnet-enabled iPhone case, or an adhesive MagSnap plate that can attach to practically any phone. “Our magnet array and locking pin are much stronger than MagSafe”, say the designers at OhSnap, mentioning that while Apple’s own MagSafe wallets tend to slide around when mounted on the phone, the MagSnap Wallet stays firmly put. “Our approach may be slightly less streamlined than Apple’s, but our magnetic connections are stronger, and our products are more modular and way more functional.” 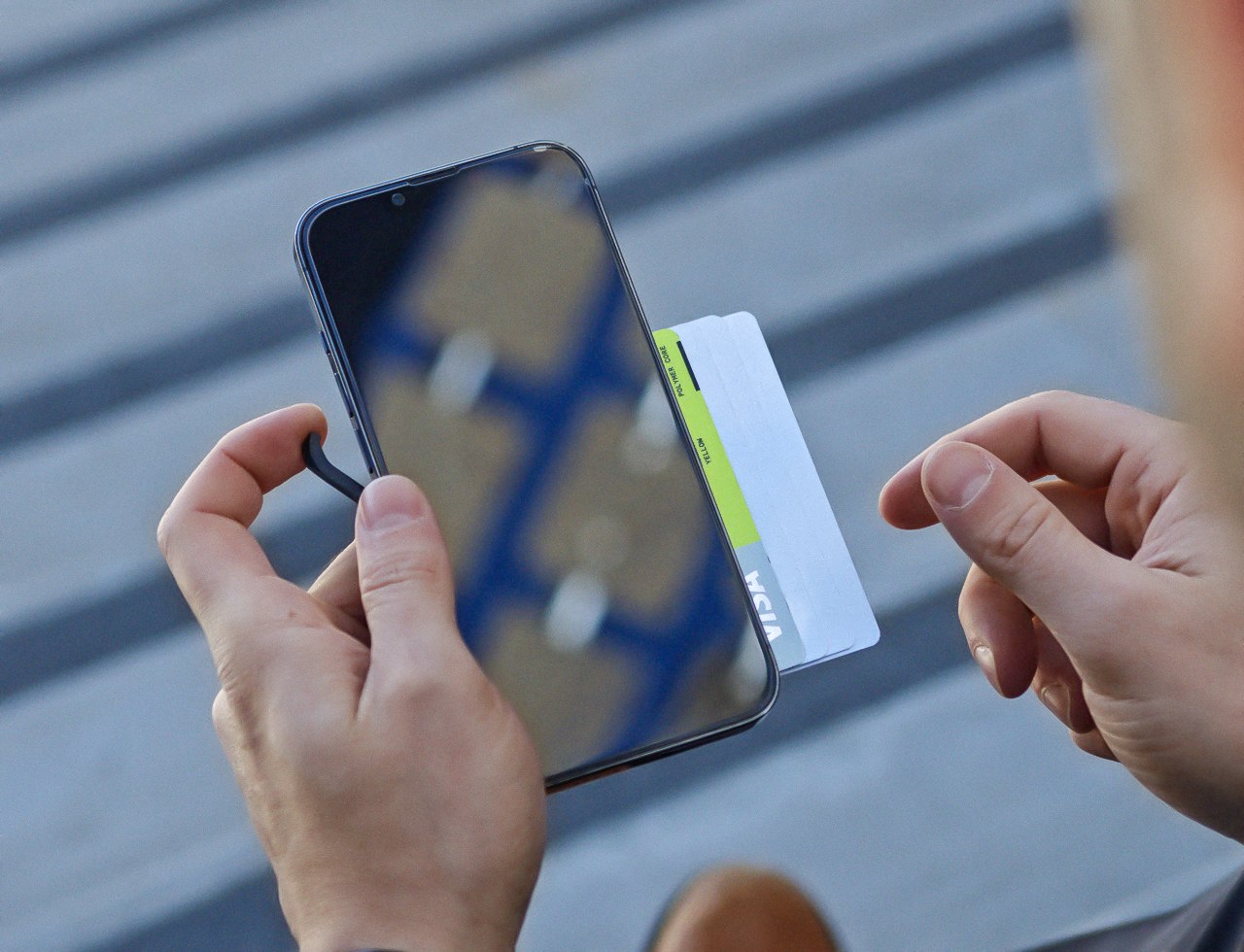 The MagSnap Wallet, as its name suggests, also has the ability to snap on extra modules that give the wallet a storage upgrade. Each card-holding module adds an extra capacity of 5 cards, while an elastic band module lets you strap in banknotes and currency, and a tool module lets you attach a nifty karambit-style EDC pocket knife + sheath to the wallet too. While these modules can be used either independently or together, when they’re combined, they’re easily greater than the sum of their parts, making up a wallet that is feature-loaded while still measuring well under 12mm (the iPhone 13 measures 7.6mm for comparison). 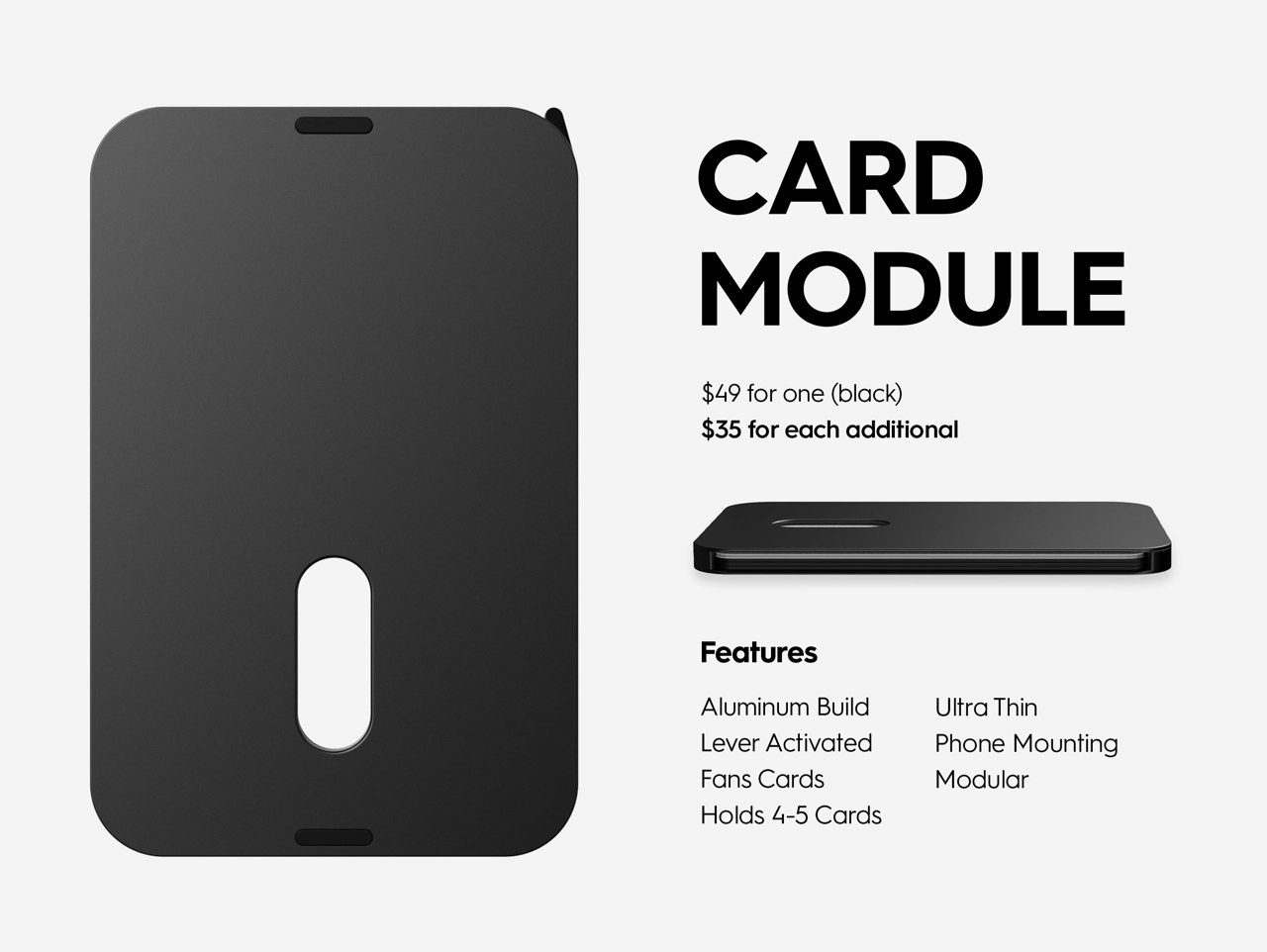 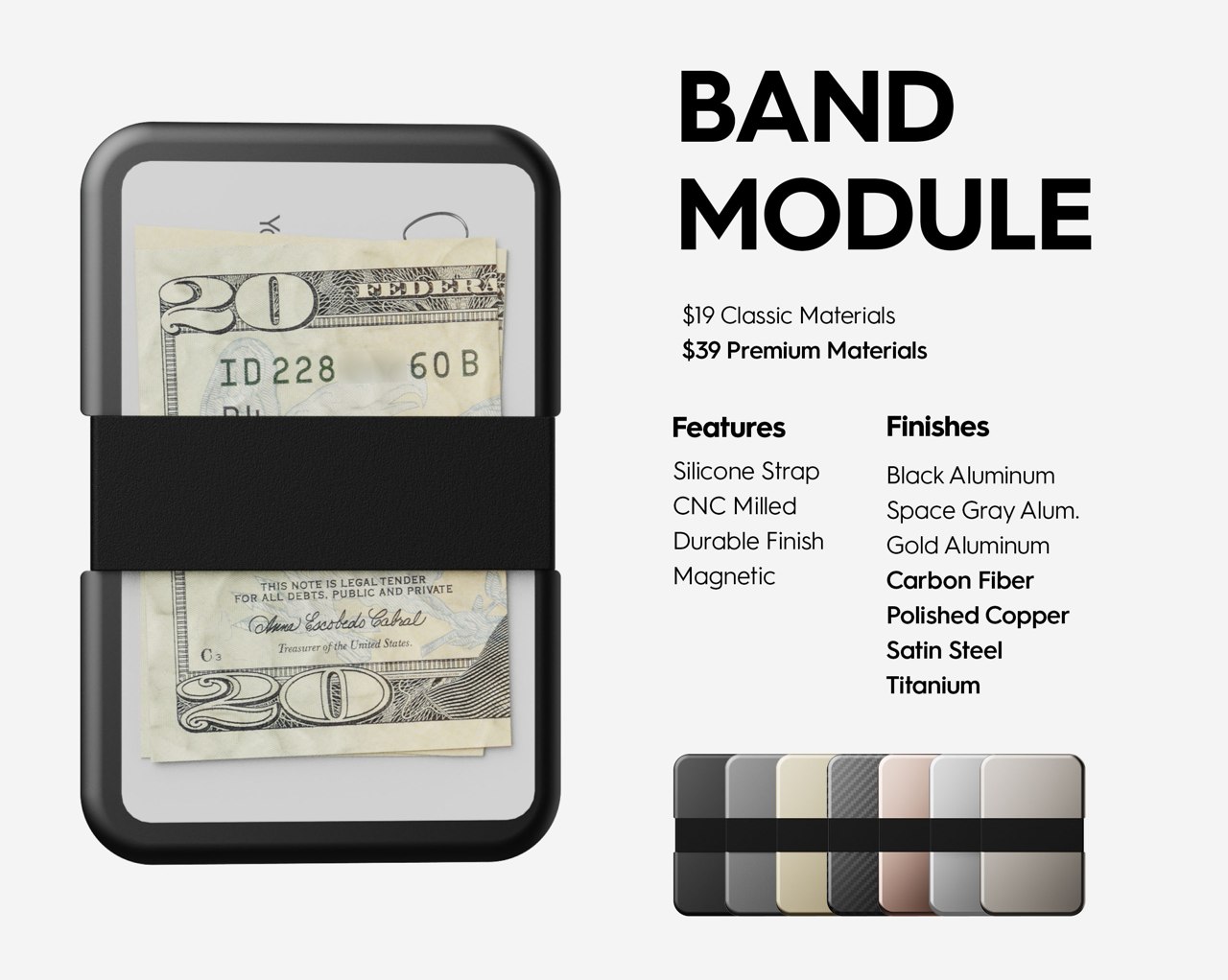 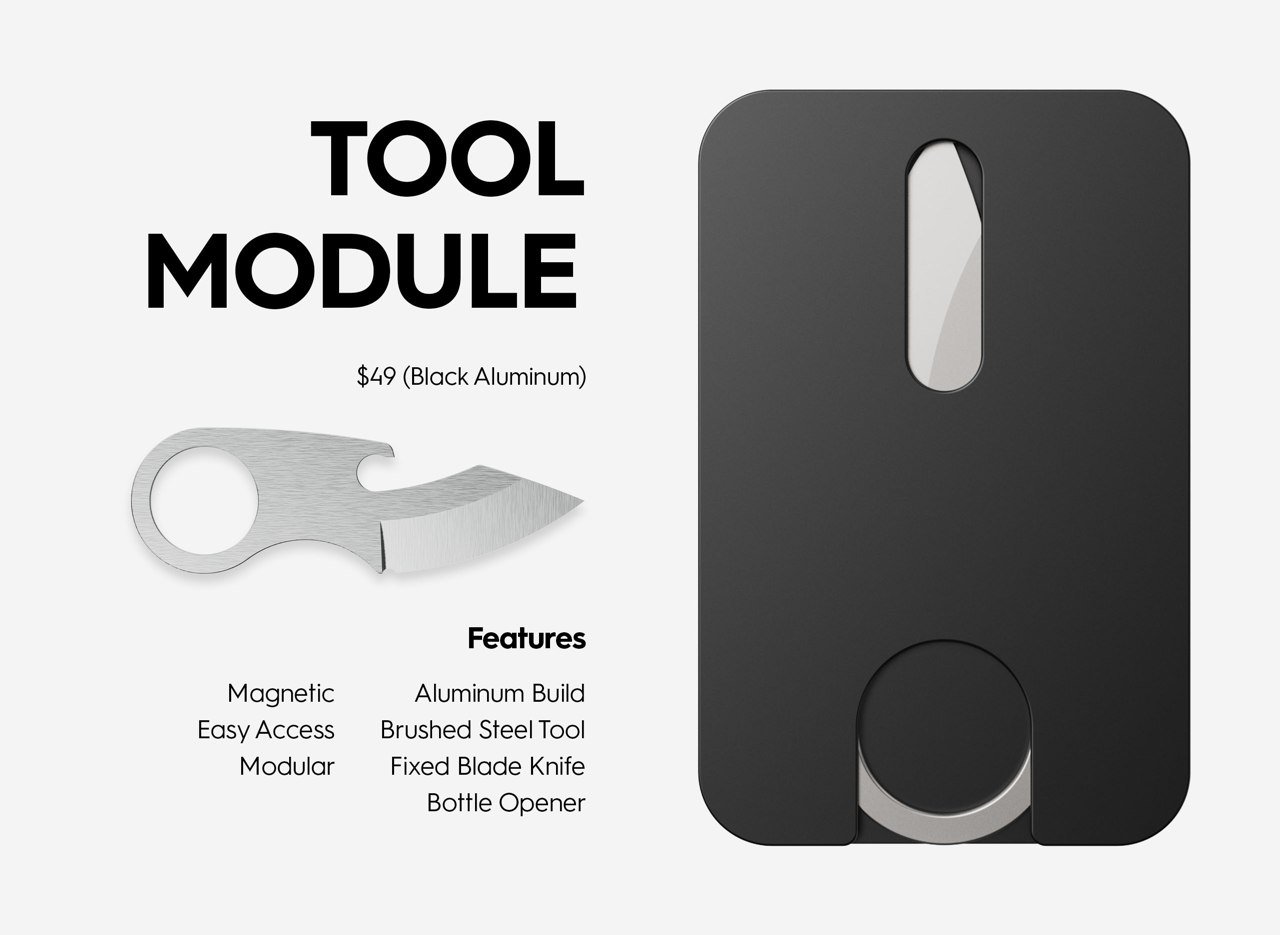 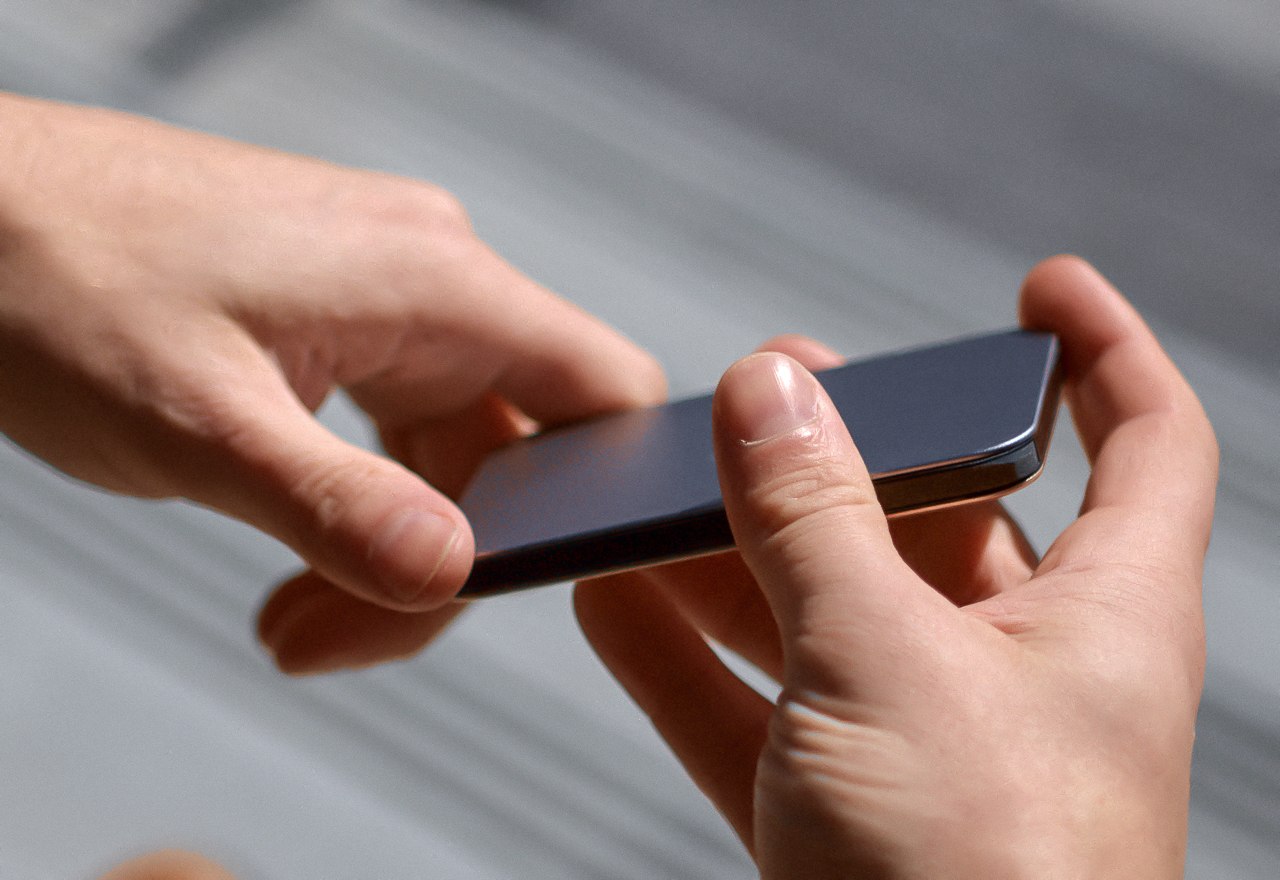 Each MagSnap Wallet can be bought independently or with add-on modules and the wallet even comes with optional cover-plates (made from aluminum, carbon-fiber, steel, copper, and titanium) that let you customize your wallet with the signature snap action. The MagSnap Wallet itself is machined from aluminum too, offering strength in a lightweight design, while being digitally secure too thanks to its RFID-blocking abilities. The MagSnap Wallet starts at $49 with an extra $10 for the MagSnap magnetic plate, while additional modules/upgrades range between $19 to $49 each.

This article originally appeared on https://www.yankodesign.com/2022/03/03/this-minimal-modular-magnetic-wallet-comes-with-its-own-magsafe-attachment-for-your-iphone/