This Open-World Game Lets You Solve Mysteries As A Gang 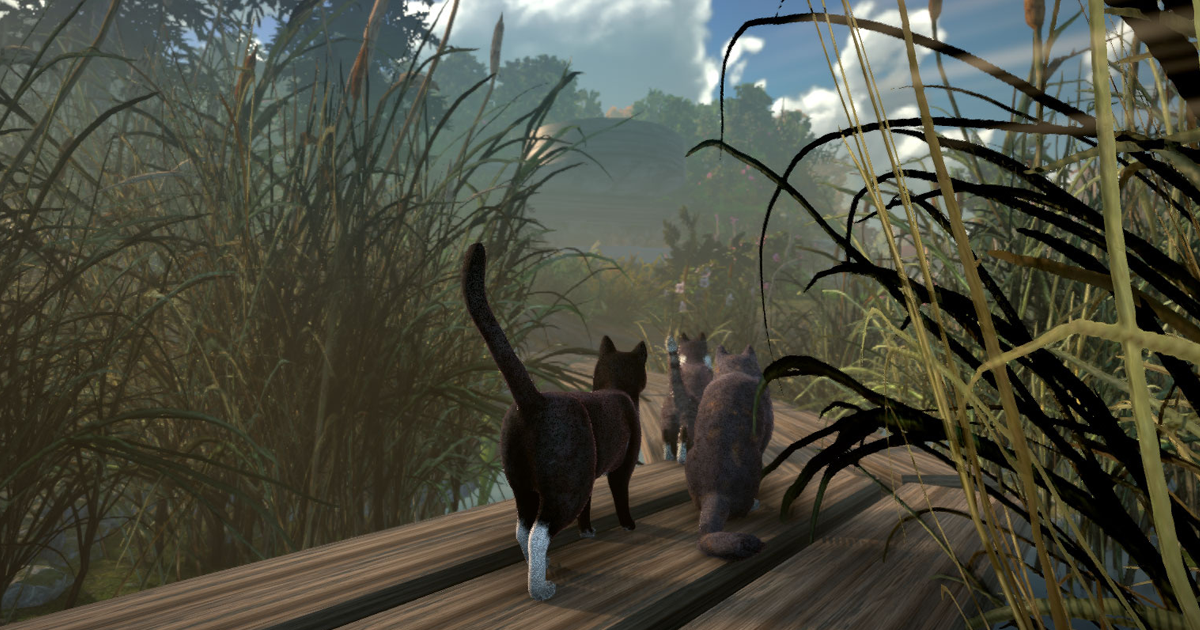 Cat lovers from all over the world rejoice! Developer Eric Blumrich is about to deliver you a treat. He is working on Peace Island, a video game that revolves around a group of cats going on adventures and solving mysteries together. If you ever wanted to see the world from a cat’s perspective, this open-world game is your best chance to do so! The cat game is set on the beautiful island of Maine, completely free of humans. Apparently, all of the people have disappeared, and it’s up to these stray cats to decide whether to bring them back or not.

In this open-world video game, a group of nine cats has all the liberty to explore their surroundings. The game ditches the traditional-combat game style and instead focuses on discovery and exploration. As a player, you’ll have the opportunity to experience the diverse and rich storyline through the perspective of cat game characters.

The characters of the game are nine cats who will have to work together throughout the game.

Their names are Boy, Gary, Calinaigh, Anin, Girl, Zack, Ronan, Sushi, and Elizabeth. Each of the felines has its own unique personality traits and a specific set of skills.

The game is currently in development for Mac, PC and Oculus VR systems.

Since Blumrich started the Kickstarter for this cat island game, it has been backed by 345 people and raised $13,098, bringing this game one giant step closer to reality.

Watch the game Kickstarter video below

Bored Panda works best if you switch to our Android app

This article originally appeared on https://www.boredpanda.com/peace-island-open-world-game-cats/