Wheels are in motion for If Fusion Were That Easy 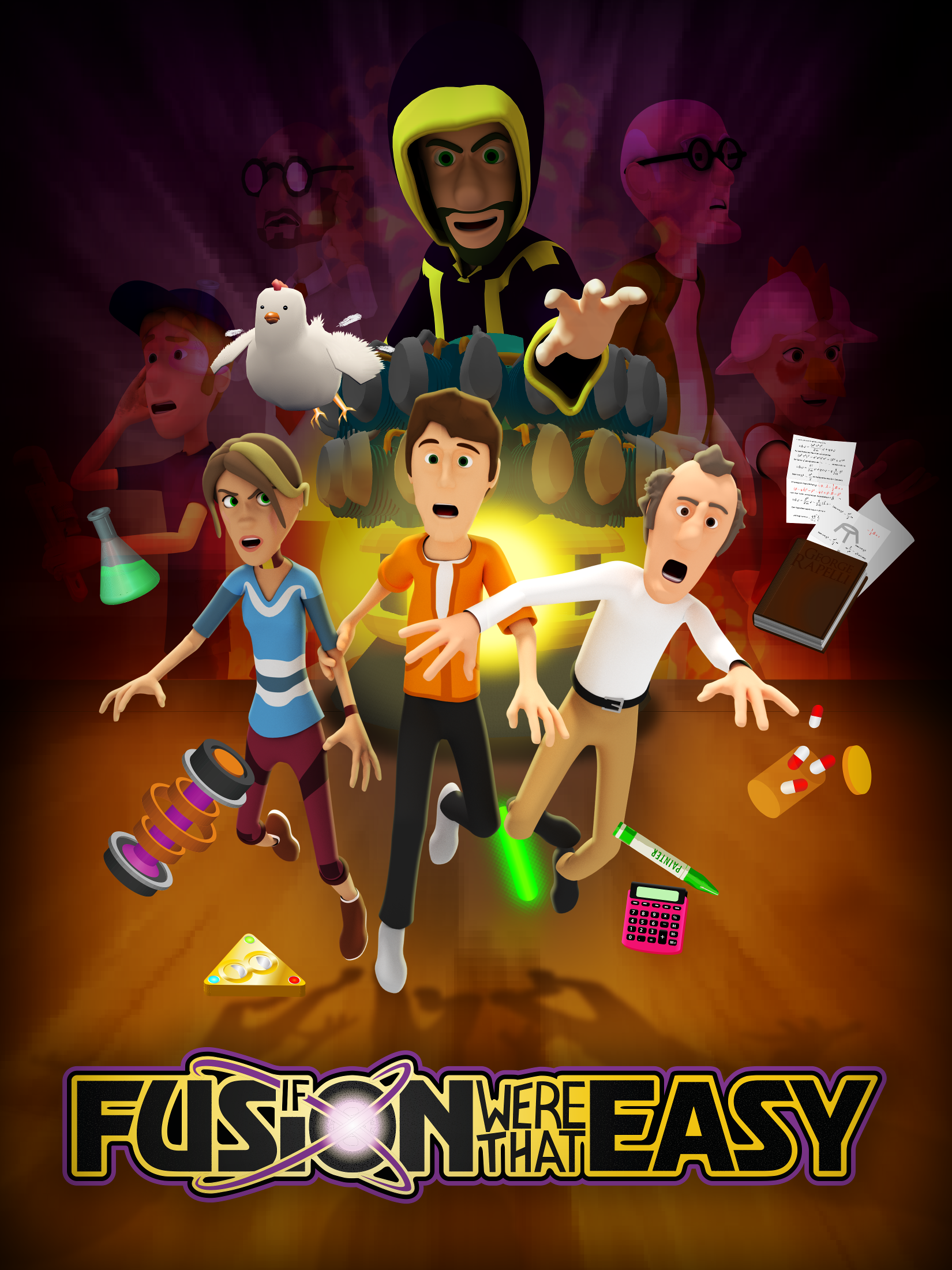 We’re wisely told to “follow the science” these days, but this notion will take on a whole different meaning in If Fusion Were That Easy, an upcoming point-and-click adventure from Golden Coin Games that will soon be coming to Kickstarter.

Players primarily assume to role of a young physicist name Daniel, who has a penchant for getting himself out of trouble he’s gotten himself into. Cold fusion appears to on the verge of a major breakthrough, and Daniel is working on a just such a reactor when his project begins to “spiral out of control.” Daniel may be the only person who can now avoid disaster, with help from a second playable character named George, but standing in their way is the Clan, a “mysterious association” with other ideas is mind. If the two men are to save the world from seemingly certain destruction, they’ll first need to unravel the secrets of this shady organization that seeks to stop them.

Inspired by games like The Secret of Monkey Island, the Deponia series, and even Professor Layton, this “humorous 2.5D point-and-click adventure about cold fusion and preventing the apocalypse” will send players through more than 40 different scenes presented in a clean third-person pixel art style, ranging from the city park to local tavern to a nuclear power plant. Designed for mouse and keyboard but playable with a gamepad as well, If Fusion Were That Easy will include a variety of “challenging puzzles” and minigames for Daniel to solve. At times you’ll also assume control of “crazy old George,” whose intention is to be helpful but often ends up making matters more confused instead.

After more than five years of self-financed development, If Fusion Were That Easy is on track for release sometime later this year on Steam for Windows, Mac and Linux, but in order to finish and fine-tune the production, its indie developers are planning a Kickstarter campaign, along with a with a playable demo that should be launched in early February.

WHERE CAN I DOWNLOAD If Fusion Were That Easy

If Fusion Were That Easy is available at:

We get a small commission from any game you buy through these links (except Steam).

This article originally appeared on https://adventuregamers.com/news/view/wheels-are-in-motion-for-if-fusion-were-that-easy